EV maker has a long way to go before catching Toyota. 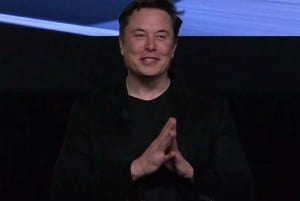 Tesla CEO Elon Musk has long discounted his critics and the recent rise of the company’s stock shows the confidence of investors.

Tesla Inc. sells more electric vehicles than all other EV sellers combined and enjoys a larger market capitalization than General Motors and Ford combined. So what’s next? Passing Volkswagen!

The recent meteoric rise in the company’s stock – it’s more than doubled in value in the last three months – pushed its market cap past the $100 billion Wednesday. It’s a figure that is a first for a listed U.S. automaker.

Toyota is the top dog with a market cap of $233 billion.

(Tesla sales flattened out even before losing federal tax credits) 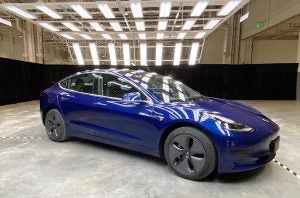 Tesla’s stock run has been fueled by a wave of positive news in recent months, such as completing the deal for its European gigafactory in Germany, delivery of its first vehicles from its Chinese gigafactory, a stronger-than-expected fourth quarter and a surprise profit in the third quarter.

While many investors are skeptical Tesla can be consistently profitable, the recent news as well as the influx of new EVs by competitors have pushed the company’s share price into the mid-$500 range. However, there are issues the company faces in the near term.

After years of aggressive sales growth that accelerated rapidly with the 2018 launch of the Model 3 sedan, Tesla sales all but flattened last year, demand for its older Models S and X tumbling rapidly.

Tesla had to cope with the phase-out of its federal tax incentives during 2019, the credits offered buyers eliminated as of the beginning of this month. It’s unclear what impact that could have on demand. Meanwhile, the Model Y SUV that the company hopes will be even a big sales driver than the Model 3 sedan isn’t likely to reach showrooms until late 2020.

The Model Y, shown here at its debut, will be critical to Tesla’s success – and Musk’s next big payday.

Even as Tesla sales flattened, new competitors entered the battery-car market, while others updated existing products. Though its true that sales of products like the Nissan Leaf, Audi e-tron and Jaguar I-Pace didn’t come close to matching Tesla’s total and generally lagged expectations, they did manage to grow faster than their California rival, in the process trimming Tesla’s overall market share.

The Model Y is expected to draw significant interest, CEO Elon Musk forecasting demand could double that of the Model 3 sedan in an SUV-centric market. But Tesla will face more competition than ever this year, with significant new entries coming in 2020 – such as the Porsche Taycan, Ford Mustang Mach-E, Volkswagen ID.4, Mini-E and an as-yet-unnamed Cadillac SUV.

“Tesla has grown fast at various points in the past, and it may do so again in 2020 – but in 2019 it grew only 0.3% in the U.S. and lost ground to most major competitors,” said EV market analyst Anton Wahlman, and the question is whether or not it will regain its momentum this year.