Now that the ink on its contract with the UAW is dry, General Motors pulled the trigger on another deal, selling its Lordstown, Ohio plant to an electric vehicle maker.

No terms were released on the sale to Lordstown Motors, the company created by Workhorse Group to facilitate the purchase of the former plant that was at the center of so much scrutiny for GM, according to Bloomberg. The plant will be used to produce vehicles for Workhorse’s electric pickup truck to be used in commercial fleets.

GM said that the new truck production at the 6.2 million square-foot plant will create 450 new jobs. Meanwhile, the Detroit-based automaker is still hunting for a place near Lordstown to build a battery cell plant, creating 1,000 jobs in the process.

The plant, which was expected to close after it did not have any new product allocated to it, was cleared to be shuttered along with three other facilities in Maryland and Michigan with the new agreement between GM and the UAW after a 40-day strike.

The company took plenty of heat from workers and politicians for wanted to close the plant, which at one point as recently as three years ago was running three shifts, producing the Chevrolet Cruze compact. That vehicle is also produced in Mexico.

The UAW basically made the plant a rallying point for employees, hoping to try use it as leverage in negotiations against the automaker, especially when the potential deal with Workhorse came to light.

“The 2015 GM agreement contains the provision that a plant cannot be sold without the consent of the UAW. That is the same provision that addresses idling, which is subject to the court case in Ohio,” a UAW spokesman said in an August e-mail to thedetroitbureau.com.

Politicians, especially President Donald Trump, used it to score political points with potential voters. Trump attacked GM after it first announced the decision to close Lordstown and returned to twitter this weekend with a tweet that urged the company to reopen the plant. The Presidential tweet came 10 days after the Lordstown plant built its last Chevrolet Cruze, ending U.S. production of the compact of the car.

Unsurprisingly, Trump took to Twitter to reveal his thoughts about GM’s plans about the plant when the announcement was made.  “Very disappointed with General Motors and their CEO, Mary Barra, for closing plants in Ohio, Michigan and Maryland. Nothing being closed in Mexico & China,” he tweeted.

“The U.S. saved General Motors, and this is the THANKS we get! We are now looking at cutting all @GM subsidies, including … for electric cars. General Motors made a big China bet years ago when they built plants there (and in Mexico) – don’t think that bet is going to pay off. I am here to protect America’s Workers!”

“Well, as you know, after GM made that announcement, President Trump made it clear that we wanted to see GM do better. We’re very pleased that they stepped forward,” Pence told reporters during his stop in Ohio in early August. 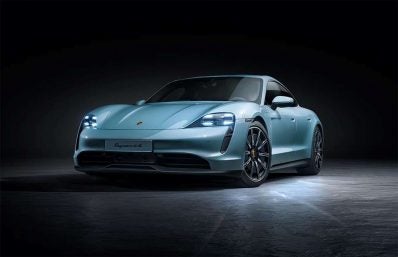