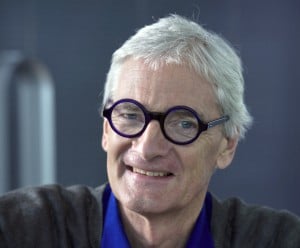 James Dyson, creator of the top-selling vacuum, has decided that making an electric vehicle was not “commercially viable.”

James Dyson, the British inventor best known for his vacuums, cordless appliances and hand dryers, has had to suck it up and accept that he shouldn’t be in the car business, too.

Reports the British entrepreneur might get into the business have been circulating for a few years, Dyson personally confirming the project earlier this year. But despite taking a number of critical steps, going so far as to line up a manufacturing site in Singapore, he told employees on Thursday, he “can no longer see a way to make it commercially viable.”

That’s likely no surprise considering just how much of a challenge getting into the EV business has been, analysts note, a number of other wannabe EV manufacturers dropping out or barely holding on. Dyson’s project was ambitious from the start, the British exec estimating his start-up costs at $2.7 billion.

“The Dyson Automotive team has developed a fantastic car; they have been ingenious in their approach while remaining faithful to our philosophies,” Dyson said in his email. “However, though we have tried very hard throughout the development process, we simply can no longer see a way to make it commercially viable.” 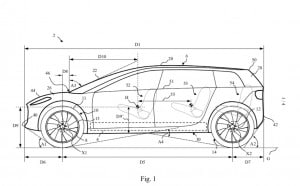 Sir James Dyson let the world get a look at its patent for its electric vehicle earlier this year.

Dyson has been a pioneer of electric appliances, starting with his original, bagless vacuum cleaner and then moving on to an array of other products such as handheld appliances, bladeless fans and high-performance hand dryers.

But, four years ago, his purchase of the University of Michigan spinoff Sakti3 began raising flags. The company was developing what have become known as solid-state batteries. Though similar in chemistry to today’s lithium-ion batteries, they don’t require the liquid components, reducing size and weight and, among other potential advantages, they are less likely to short out and ignite.

While the start-up’s batteries eventually could be used in handheld devices, it was widely suspected the target was an automotive application.

Dyson has since written off most of his investment in Sakti3, but was still moving forward on the car project as recently as May when patent renderings were uncovered showing the basic vehicle design his team had developed.

“Signiﬁcantly, many of our competitors base their electric vehicles on existing formats and adapt them for electric propulsion systems,” Dyson wrote employees at the time. “Such an approach is cost eﬀective, however, it tends to miss opportunities for mass-reduction and aerodynamic improvements which would improve the energy eﬃciency of the vehicle. Another approach has been to focus on smaller vehicles, as this generally keeps the mass of the vehicle low which can extend driving range. However, the size and ride comfort of such vehicles tends to limit their attractiveness and utility.” 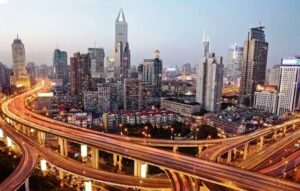 Dyson was far enough along in the development of his EV to select Singapore as the location where it would be built.

Pretty much every aspect of the automotive project took an unusual course. That included plans to build vehicles in Singapore, a country that has largely focused it economy on small, high-tech R&D and manufacturing.

According to the Reuters news service, Dyson himself had acquired the most expensive penthouse on the island city-state to be able to remain close to the new operation. It is unclear what he might do with that home now.

About 600 employees had been hired for the EV operation. Some may now move to other Dyson projects, the entrepreneur noted.

“This is a challenging time for our colleagues and I appreciate your understanding and sensitivity as we consult with those who are affected,” Dyson wrote his employees. “This is not a product failure, or a failure of the team, for whom this news will be hard to hear and digest. Their achievements have been immense – given the enormity and complexity of the project.”