The 10-mile track to built at World War II-era airfield in western England. 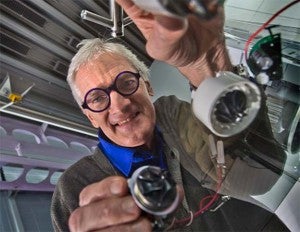 Not wanting to be left out of the electric vehicle spotlight for too long, vacuum cleaner guru Sir James Dyson revealed he’s planning to set up a test track for his in-development electric vehicle.

The 10-mile track, which is part of a larger $150 million “campus,” is slated to be built on the site of a World War II-era airfield in western England.

Dyson announced last year that he’s developing an electric car that should hit the road in 2020 or 2021. He’s counting on his company’s expertise in the production of innovative vacuum cleaners, bladeless fans, air purifiers and other appliances to translate to an electric vehicle.

“We are now firmly focused on the next stage of our automotive project, strengthening our credentials as a global research and development organization,” Dyson said after turning the plans for the development of the race track. 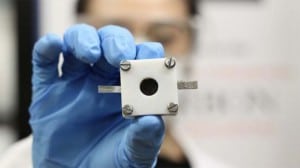 The company has a 400-member team of engineers working on the car project in Malmesbury, Wiltshire, and that is expected to jump by another 300 people in short order. The long-term plan calls for a complex with more than 2,000 people.

“Our growing automotive team is now working from Dyson’s state-of-the-art hangars at Hullavington Airfield,” Chief Executive Officer Jim Rowan said in the statement. “We are now firmly focused on the next stage of our automotive project strengthening our credentials.”

Dyson is looking to take its existing knowledge of solid-state batteries, which is uses for some of its cordless products and ramp that up for an electric vehicle application. It also uses plenty of high-speed electric motors, which will be critical to the success of its EV.

The limited-edition model, which will be about 10,000 units, will be premium-priced vehicle, although not a sports, Dyson said earlier this year. It will essentially provide the company with a blueprint for how to make the other two models, according to Financial Times.