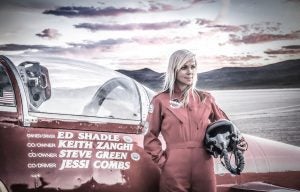 Jessi Combs, the world’s fastest woman, died during a practice run in Oregon.

Jessi Combs, the “fastest woman on four wheels,” died Tuesday while attempting to beat a land speed record in the Alvord Desert in southeast Oregon.

Combs, 39, got the title as the fastest woman in 2013, hitting 398 mph. She lost it a few years later and then regained it on a practice run in the North American Eagle, her jet-powered car last fall at 483.2 mph. Combs was practicing, hoping to set a new record.

“On August 27, 2019 at approximately 4:00PM the Harney County 911 Center received a call reporting that a jet car attempting to break a land speed record on the Alvord Desert had crashed leading to one fatality,” the sheriff’s office said. The crash is under investigation.

Speed may have been her passion, it was not only thing she was known for. She appeared in several episodes of Mythbusters and hosted other television shows such as All Girls Garage and Overhaulin’.

Additionally, Combs was a skilled builder and fabricator, representing the American Welding Society, and even designing a line of women’s welding gear for Lincoln Electric. She also developed The Real Deal, an online collaborative dedicated to empowering and educating women through industrial skills. 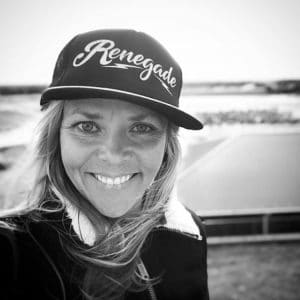 Combs set the record last fall with a run of 483.2 mph in the North American Eagle jet car.

“She was a brilliant & to[p]-notch builder, engineer, driver, fabricator, and science communicator, & strove everyday to encourage others by her prodigious example,” said Adam Savage, former co-host of the TV show Mythbusters, twitter account.

Her impact on the automotive industry wasn’t hard to determine as social media was filled with messages honoring her memory.

“She lost her life doing what she loved, attempting to beat her own land-speed record. I’ve known her since the Overhaulin’ days and she was an absolute baddass. Rest In Peace Jessi, you’ll always be the Fastest Woman on Four Wheels,” Richard Rawlings, star of the television show Fast ’N Loud, posted on his Instagram account. 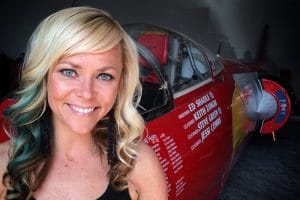 “It’s with a heavy heart that I pass along the news that Jessi Combs passed away yesterday while attempting to break a land speed record. I also had the chance to attempt this record but it wasn’t my turn…this hits home for me. Godspeed, Jessi Combs,” she tweeted.

“We have lost an incredible person in our world. I woke up to very sad news that Jessi Combs is no longer with us. I will always remember how great of person and inspiration she was to so many men and women alike! She broke barriers and constantly achieve,” he tweeted.