CEO lays out his plan on Day One. 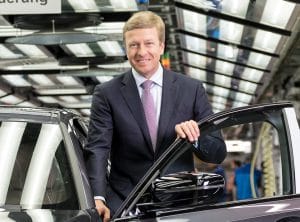 In an email to employees on his first day, the new CEO urged them to find creative ways to push the Bavarian carmaker’s sales past rival Mercedes despite the fact that luxury car sales are on the decline.

Zipse addressed staff in an internal email a day after his predecessor Harald Krueger stepped down, according to Reuters. BMW had been the luxury sales leader, surpassing Mercedes, but the “other” German luxury vehicle maker retook the lead a few years ago.

(Oliver Zipse Up Job as BMW’s Next CEO)

Additionally, BMW is also behind others, most notably Tesla, in electric vehicle sales as well.

“Instead of blaming the current situation, conditions, political landscape or particular individuals, a positive spirit will enable us to seize the opportunities available to us. Such a positive spirit will be reflected in our culture: the harder the job, the more innovative our solution,” Zipse said in the email.

“We don’t always have to be first, but we most certainly have to be far better than our competitors in everything that we do. This applies not only to our products and services, but also to our processes and structures, as well as our costs,” he added.

The Bavarian automaker has already cut the gap between it and Mercedes and the launch of some new models should help that even more, but Zipse doesn’t want that to be the only thing employees work toward. 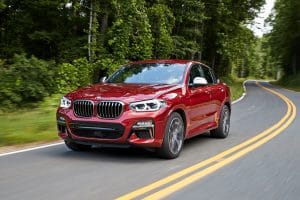 The BMW X4 offers a great mix of performance and luxury, and is helping close the gap with Mercedes-Benz.

(Krueger Stepping Aside as Leader at BMW)

BMW has developed flexible production methods, allowing workers to build electric and combustion-engined cars on the same production line. This should provide the company with a competitive advantage over other automakers, permitting BMW to scale up or slow down production of electric cars in line with demand, Zipse said.

The Bavarian automaker named 55-year-old Zipse as its new chief executive last month, continuing the tradition of promoting a manufacturing leader to the company’s top job.

Zipse takes over for Harald Krueger, who declined a second term as CEO, ending talks about renewing his contract before they began. Krueger’s contract renewal was not a slam dunk, given some of the low points of his tenure, in particular, ceding the luxury car sales crown back to Mercedes-Benz in 2016.

Additionally, BMW was an early leader in the electric vehicle market, but has since been passed by Volkswagen Group, Tesla Inc. and, perhaps, even rival Daimler AG. For a manufacturing leader, he’s going to have his hands full tackling the technology side of the business, some observers noted.

Another challenge facing Zipse is to get the company senior leadership in line. Despite signing up for a long list of partnerships with Daimler during the past three years, one of the criticisms of BMW was the slow pace of decision making at the board level, according to multiple reports, also noting it was that sluggish pace that played a role in Krueger’s departure.