Nearly half of the trucks rated marginal or poor. 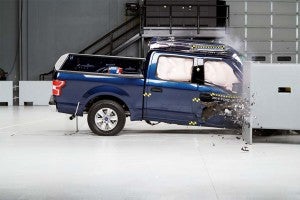 Ford's F-150 was one of the best performers in the latest IIHS pickup crash tests.

Pickup buyers concerned about safety might be surprised by the results of the latest IIHS crash results that found over half of the nine models scored poorly in at least one of the key tests,  four earning marginal or poor ratings overall.

Of the trucks the IIHS examined, only two earned good ratings, the Ford F-150 and Nissan Titan. And just one 2019 model, the Honda Ridgeline, earned the coveted IIHS Top Safety Pick award – but only when equipped with optional headlights and forward collision prevention technology.

“As a group,” said David Zuby, the chief research officer for the Insurance Institute for Highway Safety, “the pickup class still has a lot of work to do.”

The IIHS put the nine pickups through an extensive array of tests meant, among other things, to see if they could avoid potential collisions and, if not, to protect their passengers. The list included small overlap crash tests meant to simulate what happens when one vehicle strikes another, or an object like a telephone pole, at the corner. 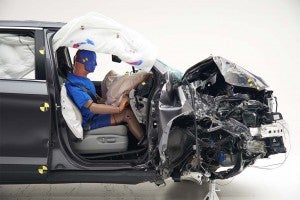 The Honda Ridgeline was the only truck to earn an IIHS Top Safety Pick award.

Two models, the Ford F-150 and Nissan Titan, ranked highest overall in the new test – and join the Ram 1500 that also was a top performer when tested late last year. But despite performing well, the Ford and Nissan full-size trucks missed earning the Top Safety Pick award because of disappointing results on the recently added IIHS headlight tests.

The safety group has noted that headlights in millions of vehicles don’t deliver enough light or that they are not properly positioned when leaving the factory, problems that can contribute to crashes.

Because of its headlights and optional forward collision prevention system, the Ridgeline won the Top Safety Pick award. Versions without those options ranked acceptable.

(How did automakers fare in the latest JD Power Depdendability Study? Click Here to find out.) 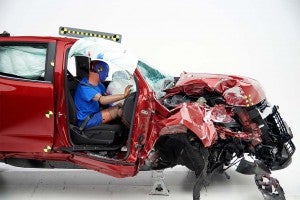 The Toyota Tundra was the weakest performer, overall, in the new round of pickup crash tests, emerging from the series with a poor rating. In the passenger-side small overlap test, the structure of the vehicle intruded as much as 15 inches into the cabin, three times more than in the crash test of an F-150. The test dummy hit the Tundra’s grab handle and, in a real world situation a passenger likely would have had serious leg and hip injuries.

Three other models, the Chevrolet Silverado, Chevrolet Colorado and Nissan Frontier – the oldest model in the group – scored marginal ratings.

(Best Bets for 2019? Click Here to see which models the Car Book recommends.)

The mixed results in the IIHS pickup crash tests is not entirely surprising, the group said, noting that weight has a lot to do with the severity of a frontal impact.

“Pickups took longer than other vehicle categories to meet the Institute’s challenge for driver-side small overlap protection,” the insurance industry trade group noted, “so it’s no surprise that they are lagging a bit in the newer passenger-side evaluation. Today most pickups earn a good rating in the driver-side test. 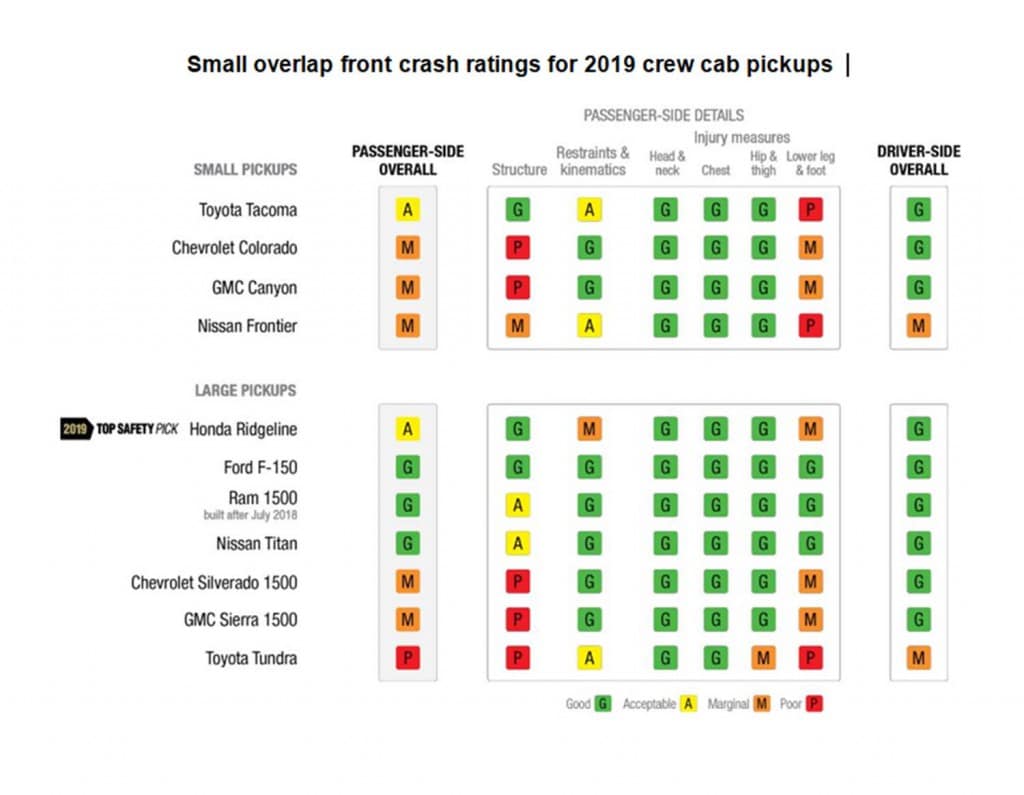