Penalties could be severe and affect Musk’s other companies.

Tesla CEO Elon Musk is being sued by the SEC, which claims his "plans" to take the company private were "false and misleading."

The Securities and Exchange Commission has sued Tesla CEO Elon Musk, alleging he committed fraud when tweeting and posting about his plans to take the carmaker private last month.

Tesla itself was not named in the suit, though the company has privately given indications it expects to be rolled in later, according to sources. The announcement by the federal agency seriously compounds the problems already facing Tesla and its founder and CEO Musk. They are already being sued by short-sellers who claim the privatization effort was little more than a way to hurt them, resulting in hundreds of millions of dollars in losses.

In a statement filed in Manhattan District Court, the SEC accused Musk of making “false and misleading statements” to investors when he first tweeted about going private early in August. “In truth and in fact, Musk had not even discussed, much less confirmed, key deal terms, including price, with any potential funding source,” the complaint adds.

The SEC lawsuit stems from the tweet Musk sent out on Aug. 7 that said “Am considering taking Tesla private at $420. Funding secured.” That set off a tidal wave of activity on the stock market, Tesla shares surging to near the previous 52-week high of $389. But, in the following days, as questions were raised about the details of any deal, TSLA shares quickly started to fall.

(Tesla losing top executives at uncertainty sets in. Click Here for the story.)

It didn’t help when, barely a week later, Musk put up a blog post attempting to explain the genesis of the plan. He indicated he had met with representatives of the Saudi Arabian sovereign investment fund in late July and that they had indicated an interest in funding a privatization plan. But, not only had they not formally signed on, but also it quickly appeared Musk had not even run the idea by the Tesla board.

Tesla Inc. managed to escape prosecution by the SEC — for now.

If anything, it began to look like the sort of idea one might scratch out on a napkin before starting to work out the strategy internally, not something that had been run by the accountants and lawyers, as well as the board of directors.

“According to Musk, he calculated the $420 price per share based on a 20% premium over that day’s closing share price because he thought 20% was a ‘standard premium’ in going-private transaction,” the SEC suit alleges. “This calculation resulted in a price of $419, and Musk stated that he rounded the price up to $420 because he had recently learned about the number’s significance in marijuana culture and thought his girlfriend ‘would find it funny, which admittedly is not a great reason to pick a price.'”

The reference to marijuana has taken on significant additional meaning since the original tweet as a friend of Musk’s girlfriend, pop singer Grimes, has alleged Musk may have been doing LSD the night of the infamous tweet – something he has denied. But he went on to smoke marijuana during an appearance on a recent podcast hosted by California counter-culture comedian Joe Rogan.

With pressure increasing on the CEO to come up with a clear privatization strategy, Musk instead announced on Aug. 27 that he was dropping the idea, claiming it did not fly with the carmaker’s current investors. 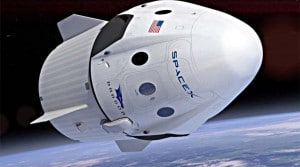 Musk's ability to be the CEO of SpaceX or any of his other companies may be short-circuited by the SEC lawsuit.

The SEC lawsuit is “no surprise,” said Joe Phillippi, a long-time Wall Street auto analyst and now head of AutoTrends Consulting. The original tweet was not just “flippant,” said Phillippi, “it clearly smacked of manipulation, and they (the SEC) obviously have mountains of info warranting bringing a charge.”

What might happen next is far from certain. But the potential headaches for Musk are significant. He could face a hefty fine, as might Tesla. The 47-year-old executive could also find himself barred from holding a management or board position with a publicly traded company. He could face problems not only in his role with Tesla, but also as the head of both the tunnel-digging Boring Co. and the rocket firm SpaceX.

The latter company has extensive ties to the U.S. government, among things serving as the launch service for International Space Station supply missions. SpaceX is also preparing to become the first private company to launch U.S. astronauts into space. The feds were already investigating Musk in the wake of his appearance on the Joe Rogan podcast.

The SEC suit, observers said, could add further credence to the lawsuit by short-sellers who claim the original tweet cost them hundreds of millions of dollars in losses. Ironically, in recent weeks, Tesla stock has tumbled sharply as concerns about Musk’s behavior has escalated, turning into big gains for those betting against the carmaker.

In after-hours trading on Thursday, Tesla stock fell by as much as 11% following the news about the SEC lawsuit.

Tesla faces a number of other problems, including several federal safety investigations. and a National Labor Relations Board probe based on claims the carmaker fired nearly 1,000 workers at its Fremont, California assembly plant because they favored a union.

The company will likely find itself under even more pressure now to deliver on Musk’s promise to turn in a profit for the second half of 2018.