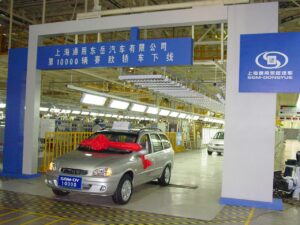 China is phasing out the rules requiring foreign automakers to adopt a Chinese company for a joint venture to do business.

China announced plans to phase out rules requiring foreign automakers to partner with domestic Chinese companies if they want to open an assembly plant in the booming market. The announcement comes barely a week after President Xi Jinping indicated the country would begin rolling back its 25% tariff on foreign-made autos.

The rule required companies like General Motors, Volkswagen and Toyota to give local companies like GAC and SAIC a 50% stake in their Chinese operations. That approach not only limited their profits but effectively also helped fund the development of the domestic Chinese auto industry, a number of those manufacturers now setting up brands of their own that they hope to turn into worldwide competitors.

“Following a five-year transition period, all ownership restrictions will be lifted,” the National Development and Reform Commission said in a statement.

The announcement, along with news that China will begin phasing back its automotive import tariffs, comes as that country attempts to plot a strategy for dealing with trade threats levied by U.S. President Donald Trump. He has warned that tariffs could be imposed on as much as $150 billon in Chinese-made goods. Chinese leaders have, however, warned that they could ramp up their own trade restrictions in response, notably on American-made vehicles. 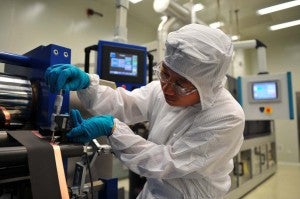 A worker at the GM battery lab in China.

The automotive import tariffs and joint venture requirements have worked together to create a huge Chinese automotive manufacturing base. China is now the world’s largest automotive market, sales climbing 3% last year to 28.8 million, almost two-thirds larger than the 17 million sold in the U.S. But unlike the States, where imports make up a significant share, barely 5% of the vehicles sold in China came from abroad.

Foreign manufacturers have been the largest players in the industry since the Chinese automotive boom began nearly two decades ago, Volkswagen and General Motors the market’s leaders. But they have been required to partner with a maximum of two local companies in order to set up manufacturing operations. In the curious, strange-bedfellows world of China’s market, both those Western automakers have alliances with Shanghai-based SAIC.

That approach has created a number of domestic powerhouses, including SAIC, Fiat Chrysler Automobiles partner GAC, and Great Wall, which is allied with BMW and its Mini brand.

Negotiating a deal has often proved difficult, FCA spending several years before concluding a deal with GAC. And Tesla has yet to pull one together, limiting access to what the battery-carmaker had expected to become one of its biggest markets.

“I am against import duties in general, but the current rules make things very difficult,” Tesla CEO Elon Musk said in a tweet following Trump’s initial announcement on tariffs. “It’s like competing in an Olympic race wearing lead shoes.”

It’s not just having to form a joint venture – and, in the process, split profits – that has rubbed foreign manufacturers. In many cases, they’ve have put up a disproportionate share of the capital simply to get a domestic Chinese company to agree to a deal. Even more galling, said one senior Detroit executive, asking not to be identified by name, is the fact that, “We’ve had to give them pretty much all of our know-how, technology they wouldn’t have without us.”

(Click Here to see more about the expansion of electric vehicle investment.)

And that has helped manufacturers like SAIC, Geely and GAC to make rapid improvements in products they’ve developed and sell through their own brands.

“That’s helping the Chinese get to world class levels far faster than the Japanese and Koreans before them,” said Dave Cole, director-emeritus of the Center for Automotive Research, in Ann Arbor, Michigan.

Chinese manufacturers have been eying global markets for more than a decade but, even five years ago, vehicles they brought to U.S. and European car shows lagged far behind those of more established Western, Japanese and Korean brands. No longer. GAC generated significant buzz with the models it revealed at the North American International Auto Show in Detroit in January.

The company has been actively working on the development of a U.S. distribution network, meeting with dozens of potential retailers at the annual National Automobile Dealers Association convention in Las Vegas earlier this month. The Guangzhou-based company hopes to have its first American showrooms open by next year.

What impact eliminating the joint venture rule might have is far from certain, especially considering the number of those operations already in place.

“GM’s growth in China is a result of working with our trusted joint venture partners. We will continue to work with our partners to provide high-quality products and services to consumers,” the company said in a statement to TheDetroitBureau.com.

“At the moment we have no plans to change our capital relationship,” a Honda spokesman said.

Nissan, meanwhile, issued a statement indicating it will “monitor how any specific policies develop and will plan accordingly.”

The Chinese government also plans to eliminate joint venture rules impacting other industry such as shipbuilding and aerospace.