The 2-Door is Back: Range Rover Reveals New SV Coupe

Ultra-luxurious model to be hand-assembled by Special Operations unit. 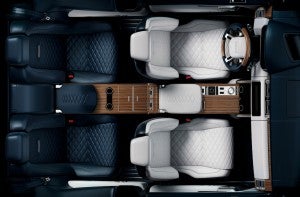 Land Rover is giving a glimpse of the a new two-door "coupe" concept for the Geneva Motor Show. Just 999 two-doors will be built.

There’s no disputing the fact that coupes have largely fallen out of favor. It doesn’t matter whether you’re talking about passenger cars or light trucks, though “coupe-like” designs are hot, two-door models are largely forgotten.

But not entirely. There’s still a small market, it seems, that the folks at Land Rover hope to take advantage of. Along with the two-door Evoque, they’re about to add a coupe version of the big Range Rover, the first time they’ve done so since 1994.

“The Range Rover SV Coupe is a highly compelling design with peerless refinement and uncompromised sophistication from its breathtaking exterior proportions to its sumptuous, beautifully appointed interior,” declared the ever-confident Gerry McGovern, Land Rover chief design officer, in a statement. “This is a vehicle that will resonate on an emotional level.”

If the teaser images shown here strike an emotional chord, you might want to start putting your money away right now. The Range Rover SV Coupe was developed under the auspices of the Jaguar Land Rover Special Vehicle Operations in Warwickshire, England. It will be hand-assembled, we’ve learned. And you can be sure that means it won’t be cheap.

(Is Jaguar Land Rover shopping for another brand? Click Here for the story.) 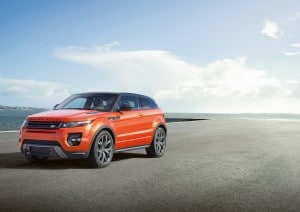 Land Rover isn’t talking details yet. No price, nor even an on-sale date, though it confirmed just 999 will be built – and that we will see the new SUV coupe in the sheet metal debut at the Geneva Motor Show in less than two months time. That just happens to mark a special anniversary for the brand, noted John Edwards, Land Rover Special Operations managing director.

“In launching the new Range Rover SV Coupe, we will offer clients an alluring combination of peerless luxury and rarity,” said Edwards. “Unveiling this special vehicle at the Geneva International Motor Show in March, during Land Rover’s 70th anniversary year, will be a defining moment for Land Rover, the Range Rover portfolio and Special Vehicle Operations.”

(Click Here for details about the new Discovery SVX edition.)

The launch of the SV Coupe comes at a time when Range Rover sales are booming, reflecting the booming global demand for sport- and crossover-utility vehicles in seemingly every shape and size. So, putting out a high-line coupe right now would seem to be a worry-free move, especially in low volumes. The British maker has been rolling out a series of ever more exclusive special editions, some focusing on luxury, others on performance, over the last few years. That led to the creation of the Special Operations unit.

What do we know so far? The only image we have of the SV Coupe shows a lavishly outfitted interior boasting banded wood inlays, quilted leather seats for four, aluminum fittings and a unique, full-length center console. Curiously, there’s a different color scheme for the seats up front.

(To see why luxury SUVs are outselling luxury sedans for the first time, Click Here.)

Though the entire Land Rover line-up is largely coupe-less these days, it didn’t start out that way. In fact, the original Range Rover debuted 48 years ago as a coupe. These days, the vast majority of buyers want the convenience of four doors, even if they typically only travels in ones and twos. But the SV Coupe should be able to find a niche among those looking for a more stylish design and a hefty dose of luxury.