Automaker delayed sale to allow employees to move to Texas. 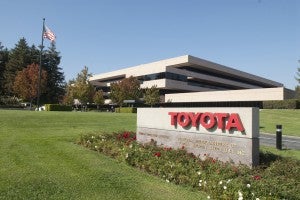 Toyota has finally put its former Torrance, California headquarters building up for sale.

Toyota has officially put its North American headquarters campus in Torrance, California, up for sale, company officials have confirmed.

Hundreds of Toyota employees have already left Torrance for the new headquarters campus that the Japanese automaker is building in Plano, Texas, north of Dallas.

Toyota announced its plans to leave Torrance for Texas back in 2014 but held up putting the company’s buildings in Southern California up or sale. The delay stemmed from the fact the company didn’t want potential buyers, tramping through the property while the work spaces were still occupied by Toyota employees, noted Scott Vazin, Toyota North America vice president of communications.

However, buildings on the new Texas campus are nearly complete and the automaker is preparing for an official dedication in July. About 75% of Toyota’s 3,000 employees in Torrance ultimately will move to Texas. New employees hired to replace Toyota veterans, who elected not to follow the company to Texas are already being put up in temporary quarters near Dallas.

The employees from Torrance will be joined in Texas by another 1,000 employees, who are moving from Toyota offices in Kentucky and New York.

The departure of about 3,000 workers should be complete and the company’s sprawling 110-acre campus is now officially up for grabs. 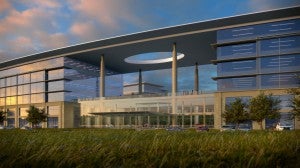 Toyota has nearly completed construction on its new headquarters building on its campus in Plano, Texas, north of Dallas.

(Toyota shifting bet from conventional hybrids to plug-ins. Click Here for the story.)

The Los Angeles Times reported that now that it’s officially on the market, Toyota and officials in Torrance hope the campus will be bought by a single owner-occupant.

But it might land in the hands of a developer interested in giving it a complete makeover that could include substantial new construction that would draw multiple businesses as tenants or property owners.

Toyota and its real estate broker JLL won’t say how much they hope to get for the campus with about 2 million square feet of office and industrial space, but history suggests the price could surpass $150 million. The price tag for the new campus outside Dallas is more than $1 billion.

In 2006, Nissan Motor Co. sold its campus near the intersection of the 110 and 405 freeways for more than $75 million. The Nissan operation was also a configuration of offices and light industrial space, but was less than half the size of Toyota’s campus at 42 acres and 700,000 square feet of buildings.

(Click Here for details about Toyota and Suzuki teaming up for tech development.)

Nissan’s property was purchased by Los Angeles developer Kearny Real Estate Co., which fixed it up and turned it into an office and manufacturing park for multiple businesses. Nissan’s old executive tower, for example, is now the U.S. headquarters of Taiwanese tire distributor Tireco Inc. A former Nissan training facility is home to electronics products manufacturer Qual-Pro Corp.

Demand for unconventional office space has been rising in Los Angeles County for the last few years, spurred by the growth of technology and entertainment firms, according to The Times.

Santa Monica was the first destination of choice for “Silicon Beach” tenants, but the wave of demand moved south and east into Venice, Culver City and Playa Vista. The most recent hot spot is El Segundo, home to nontraditional companies such as online media firm Internet Brands Inc. and MotoArt, which makes functional art out of used aircraft parts.

Torrance appears to be in the path of future growth by creative firms, said Petra Durnin, director of research for CBRE Group.