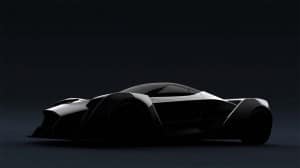 The Vanda Dendrobium is named after a genus of orchids native to Singapore.

It looks like something Batman might drive, hails from Singapore and has the nearly unpronounceable name Dendrobium, but start-up Vanda Electrics is betting there’s a market for the new battery hypercar it’s set to debut at the upcoming Geneva Motor Show.

The concept model making its debut on March 7th will join a rapidly growing list of high-performance and exotic plug-based models that have been announced in recent months – from the all-electric Faraday Future FF91 to the hybrid-assisted Formula One hypercar under development by Mercedes-Benz.

Vanda’s website suggests it was “set up to look into the future of electric transportation.” Until now, that has had it focusing on relatively mundane projects like a 25 mph urban delivery vehicle and an e-scooter. But while the Singapore-based company’s teaser release provides few details, it last year hinted it was working on an electric exotic that could hit 250 mph. 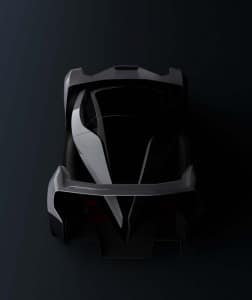 So far, Vanda isn't saying much about the Dendrobium's electric drivetrain.

We already know electric propulsion is quick – an FF91 prototype recently launching from 0 to 60 in less than 2.4 seconds – but that’s significantly faster than what other battery-carmakers have been promising. The Tesla Model S with Ludicrous Mode, as well as the upcoming Porsche Mission E, top out at 155. The Croatian battery concept from Rimac is targeting 185 mph. Vanda would push into Bugatti territory.

(Click Here to check out the Faraday Future FF91.)

That might seem a little less far-fetched when you realize a key development partner is Williams Advanced Engineering. That’s the parent of Williams Martini Racing, the British Formula One team.

What’s powering the Dendrobium? For now Vanda officials will only say they’re using “the latest in e-powertrain development.”

The car itself is described as a “marriage of design and technology,” the sort of flowery language that dominated the recent introduction of Faradary’s supercar during a splashy news conference at the 2017 Consumer Electronics Show.

Flowery is a particularly appropriate term for the Dendobrium. As tongue-twisting as the word might seem, it’s actually the name seem, it’s the name of a genus of orchids that includes abou1,200 different plants, some native to Singapore.

“The Dendrobium is inspired by nature and rooted in technology, a marriage of design and engineering,” said Vanda CEO Larissa Tan.

The automatic roof and doors, Vanda says, will open in a “theatrical” manner imitating the way those Singaporean orchids bloom, apparently. 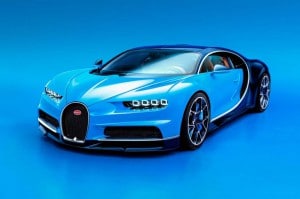 Vanda appears to be shooting for performance numbers on a par with the Bugatti Chiron.

While Vanda might not be telling us much about the Dendrobium’s powertrain and onboard technologies, its release does stress that the hypercar will not only be fast but luxurious. Among other things, it will feature an environmentally friendly form of leather from Britain’s well-respected Bridge of Weir.

The body will be made of lightweight composites and, considering both the teaser image and performance aspirations, it’s easy to believe that aerodynamics were a critical consideration in the Vanda Dendobrium’s design.

We hope to offer more details on the electric hypercar from Geneva in less than two months.