Cause of fatal Jeep accident still under investigation.

Actor Anton Yelchin was best known for his role as a young Pavel Chekov in the Star Trek reboot.

The parents of actor Anton Yelchin, best known for his role in the Star Trek movie reboot, will file a wrongful death lawsuit against Fiat Chrysler Automobiles today, according to a wire service report.

The 27-year-old Russian-born actor was killed on June 19th in the driveway of his home as he was pinned by his SUV against a fence. The 2015 Jeep Grand Cherokee was one of about 1.1 million vehicles FCA had recalled to fix a shifter that could confuse drivers and lead to unexpected vehicle rollaways.

That problem has so far been linked to at least 266 crashes and 68 injuries, according to a government investigation. Critics accused the automaker of not moving quickly enough to get those vehicles repaired. The maker has increased the pace of the recall since the death of Yelchin.

(45 million vehicles with unrepaired recalls are on U.S. roads. Click Here for the story.)

The attorney representing Victor and Irina Yelchin will file a wrongful death lawsuit today, the Associated Press reported. The two were former stars of the Leningrad Ice Ballet who emigrated to the U.S. nearly 27 years ago, when Anton Yelchin was six months old. 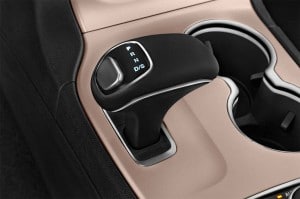 The Jeep Grand Cherokee shifter was labelled "unintuitive" by NHTSA, and ordered recalled.

Active since he was a child, Yelchin appeared in a variety of TV and film roles, most notably in the role of Pavel Chekov, one of the lead characters in the latest remake of the Star Trek series.

Yelchin was due at a rehearsal for another project on June 19th and after failing to arrive, friends went to his home in Studio City, a Los Angeles suburb, to look for him. They found him pinned by the Jeep against a brick mailbox pillar and security fence. It appears he had exited the car which then rolled down the steep driveway. The Los Angeles County medical examiner ruled Yelchin’s death accidental, blaming it on “blunt traumatic asphyxia.”

Attention immediately turned to the 2015 Jeep because it was one of more than a million vehicles covered by a recall ordered by the automaker to repair faulty shifters. While the gearshift lever somewhat resembled a traditional console control, it operated quite differently and, the National Highway Traffic Safety Administration determined, could leave motorists confused as to what gear the vehicle actually was in. Under some circumstances, that could lead to a vehicle rollaway. 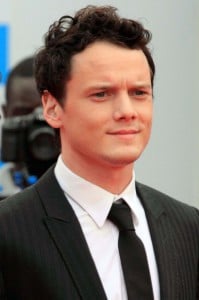 Yelchin's parents emigrated to the U.S. when he was just 6 months old.

Whether that was actually the case in the June incident has yet to be formally determined. But Yelchin’s parents apparently plan to make that argument in court.

Following the actor’s death, FCA sent its “most sincere condolences” to the family and friends of Yelchin.

The automaker also moved to accelerate the shifter recall. FCA has faced numerous allegations of falling behind on safety-related recalls, at one point receiving a record fine from NHTSA. The government agency has decided to extend a probationary period for another year during which it will continue monitoring closely FCA’s safety compliance actions.

According to court documents cited by AP, Yelchin left an estate worth $1.4 million at the time of his death, a figure that includes his Studio City home. He had no will.