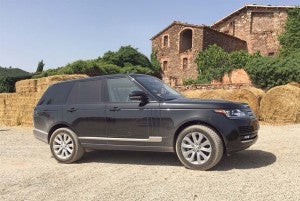 Even the most affluent motorists want to improve their fuel economy, it seems, and that has Land Rover betting it can expand its position in the U.S. market by adding a new, high-mileage diesel for its Range Rover line.

The new six-cylinder turbodiesel will deliver a 32% bump in combined fuel economy compared with the maker’s current gasoline-powered V-6, while delivering more towing capacity and nearly the same level of acceleration, Land Rover officials announced during a preview in Barcelona, Spain.

For the maker, there are several potentials benefits: adding the higher-mileage technology will make it easier to meet increasingly tough fuel economy mandates, while also drawing in new buyers to the brand.

“Globally, over 50% of Land Rover’s sales come from diesels, and in Europe that rises to 90%,” noted Alan Jones, the British maker’s chief engineer of diesel engines. In the U.S., he estimated, diesels could soon account for “15% to 20%” of Range Rover and Range Rover Sport sales, a figure that “may be slightly higher in Canada.”

Land Rover joins a growing list of manufacturers who have been introducing diesels into the U.S. market, most of them European imports – though General Motors added a version for its Cruze sedan and Fiat Chrysler has scored a hit with the diesel version of its Ram 1500 pickup. 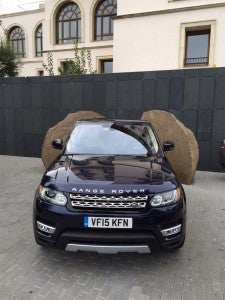 The new Range Rover diesel should deliver about 32% better mileage than the gasoline V-6.

Sales have been growing faster than the overall rebound of the American market, despite a premium for both diesel engines and, in many markets, diesel fuel.

The oil burners for the Range Rover and Range Rover Sport models will carry a $1,500 premium, Jones revealed. But the maker is estimating an owner clocking 12,000 miles a year could save $600 annually compared to the fuel costs of operating the maker’s V-6 gas engine, and $1,000 over the cost of running the V-8 package.

The V-6 turbodiesel will get a combined rating of 25 miles per gallon, or 32% more than the V-6 in the Range Rover. The EPA City rating is 22 mpg and the Highway figure is 29.

The new oil-burner is being built for Land Rover by former parent Ford Motor Co. But the engine is being used only by the British maker and has undergone extensive modifications, including the use of a high-pressure injection system, various low-friction components and a new low-pressure exhaust gas recirculation system to help it meet not only current but future emissions standards.

“There’s been a lot of hype about how bad diesels are without recognizing the new generation” of engines, stressed Jones. “This engine will have no problems being clean in all environments.”

While mileage is a selling point, another advantage is low-end grunt, the new V-6 making 254 horsepower and 440 pound-feet of torque. It will be able to tow up to 7,700 pounds. Meanwhile, it will be able to launch from 0 to 60 in 7.4 seconds in the big Range Rover and 7.1 seconds in the Range Rover Sport. That’s only about 0.2 seconds slower than the gas V-6 in the smaller utility vehicle, officials noted.

Along with the general engine upgrades, Jones said Land Rover made a number of other changes to meet specific U.S. market demands, including greater towing capacity and reduced noise levels.

(JLR skipping US. Will set up new assembly plant in Slovakia, instead. Click Here for the full story.)