July 4 Holiday Likely to be a Deadly One 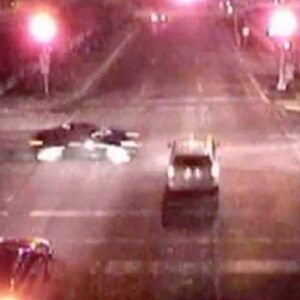 Highway deaths are expected to surge over the upcoming Independence Day holiday.

With highway fatalities already on the rise after years of steady decline, the upcoming Independence Day holiday could be a particularly deadly one.

As many as 409 Americans will be killed on the road during the long weekend, with another 49,500 injured, forecasts the National Safety Council. That would be the highest number for an Independence Day holiday since 2008 if the numbers prove accurate.

“Drivers always need to be vigilant, but this weekend, focus on the safety of your family,” said Deborah A.P. Hersman, president and CEO of the National Safety Council. “A few precautions can help ensure a memorable weekend. Spending the holiday with family is preferable to spending time in the ER.”

Several factors are likely to contribute to the deadly total, according to the NSC. For one thing, July 4th itself happens to fall on a Saturday. And weekend holidays tend to have higher levels of traffic, more partying and, in general, a larger number of crashes.

In general, there are, on average, 37% more highway fatalities on July 4th than the average July day, according to a study of federal accident data. And the more traffic increases the worse the death toll, the NSC.

(Men more likely to die in crashes. Click Here to find out why.)

Traffic, in general, has been rising as the U.S. continues to emerge from the Great Recession. American roads have generally become much safer during the past four decades, annual fatalities that hit a peak of 54,589 in 1972 fell 40% to 32,719 by 2013, the latest year for which complete statistics are available.

But based on preliminary data, the NSC reported in May that highway fatalities surged by 8% during the six months from Oct. 1, 2014, through March 31 of this year – and 11% during the last half of that period.

“Summer is typically a high-exposure period with lots of miles driven and several long holiday weekends,” noted Hersman, warning that the sudden upturn could worsen.

The National Safety Council suggested a variety of ways motorists can avoid becoming part of the holiday statistics:

(Worldwide road deaths on the downturn. Click Here for more.)