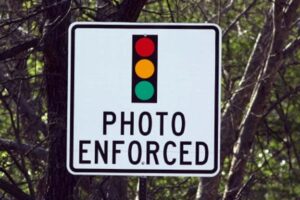 A U.S. Congressman has joined the growing chorus of opponents who want to see the end of automated cameras used to enforce traffic laws across the country.

Rep. Ed Perlmutter, a Colorado Democrat, has proposed a nationwide ban on the technology – which he contends is used primarily for generating revenue for cash-strapped communities. Congressman Perlmutter isn’t alone. Lawmakers from both sides of the political aisle have joined forces to call for a traffic camera ban in Tennessee, while a judge in Ft. Lauderdale this week ruled the technology violates Florida law.

But the bill proposed by the Colorado representative, the “Prohibit Automated Enforcement Act of 2015,” is the first attempt to block the use of cameras at a national level.

“Automated traffic technology should be used for improving public-safety purposes rather than local governments relying on these devices to generate revenue,” Perlmutter said in a written statement.

The measure would bar the use of both red light and speed enforcement cameras, except in school and construction zones.

The technology has become increasingly controversial in recent years, even as the use of traffic cameras rapidly expanded. Proponents claim the devices can help expand the reach of local police departments, and improve road safety. They downplay the revenue aspect, though with many communities around the country struggling for cash, the ability to rapidly nab errant motorists at a single intersection can help prop up local budgets.

Opponents have a long list of counter-arguments. They contend the use of traffic cameras does not give a motorist the right to face their accuser in court, for one thing. And there have been a number of incidents in which tickets have been tossed due to malfunctioning camera systems.

But the results of several studies could further stir up the debate. An auditor examining the use of cameras in the Denver suburbs told state lawmakers that they “cannot demonstrate (the technology) has had a tangible impact on improving public safety. A University of Tennessee study came to a similar conclusion in 2013.

Last month, researchers at Texas A&M delivered mix findings, noting that while there is evidence to suggest red light cameras have reduced the number of T-bone crashes at intersections, there’s also been an increase in rear-end crashes as motorists slam on the brakes rather than risk a ticket.

Critics also point to the indictment federal officials won last August against an executive from Redflex Traffic Systems, one of the largest camera system provider, along with a former Chicago city hall official. They were charged with conspiring to rig the camera system to boost revenues for the city. According to the Chicago Tribune, the technology had, by then, raised more than $500 million in ticket revenue.

The State of Arizona several years ago dropped a costly and controversial program using cameras from Redflex due to questions about their accuracy – and the fact that they brought in less revenue than expected softened support, as well. More than 60 California cities also have dropped the technology, including Los Angeles, San Diego and San Jose.

As of October 2014, there were 140 speed camera programs in use in the U.S., according to the Insurance Institute for Highway Safety. That has dipped slightly, to 138. The IIHS says red-light camera programs have meanwhile fallen from 540 to 467 since October 2012.

A number of other states and municipalities may soon abandon the technology. Colorado state lawmakers are taking up the topic. And, last December, Ohio Gov. John Kasich signed into law a bill requiring that, as of March 23, 2015, a police officer be stationed at all camera locations to witness a violation before a citation can be issued.

The City of Toledo is planning to sue. But a federal ban, like the one U.S. Congressman Perlmutter is proposing, would make that case moot.

(Click Here to find out why auto recalls are expected to remain high.)