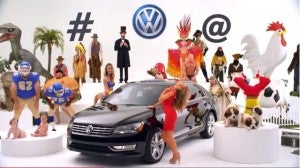 Volkswagen is just one of several automakers advertising during this year's Super Bowl at a cost of more than $72 million.

Two days from now in an example of profligate marketing, Audi, Chevrolet, Ford, Hyundai, Jaguar, Kia, Toyota, Volkswagen and others will expend an estimated $72,000,000 – yes, that’s seventy-two millions of dollars – to run their latest 30-second commercials on the Fox broadcast of the 48th Super Bowl. Which means the time is costing $130,000 per second.

Oh, and did we mention what Chrysler is likely to be investing if, as TheDetroitBureau.com has reported, they go ahead with another two-minute spot featuring the legendary Bob Dylan?

Add to this bare bones (ha!) media buy the cost of creating and producing these mini-movies. We’re talking sets, crew costs above the line and below the line, talent fees, editing, post production, travel, craft services, drivers, misc. incidentals, guaranteed residuals, special music and computer generated graphics. Add that in and you’re talking chump change in the neighborhood of $750 thousand to $1 million for each commercial, or anywhere from $18 to $25 million overall. 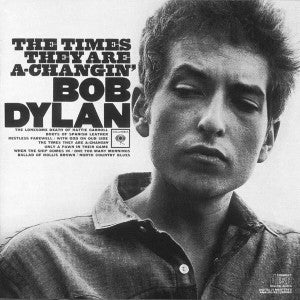 Will Bob Dylan make an appearance in a Chrysler ad during the Super Bowl, a la Eminem and Clint Eastwood?

So there’s gonna be about $90 to $100 million invested in the broadcast of a championship football game. Pete Rozelle, the first NFL commissioner who brought the game to network television over fifty years ago would be delighted. But what about the bottom line?  What about the board of directors and stockholders of public corporations? What about return on investment?

With expenditures challenging Federal Government rounding error calculations, a new Super Bowl game has evolved: CYA or Covering Your Ads. Marketing must generate the eyeballs necessary to equate to the 100+ millions who will watch the game this Sunday. To aid in this Don Quixote-like quest, untold millions of dollars are being expended in campaigns to pre-sell-viewers in social media, promotions, contests, events, prerelease teasers, video promos, media publicity and public relation activities. All for one purpose: to make certain consumers catch the newest television commercial during the pregame airing or in a specific quarter of the game or at the trophy ceremony.

Ad Age recently quoted the chief client officer of Mediacom, the respected media services company, as saying Super Bowl ad clients should, “Be prepared to spend between $6 and $10 million for each commercial to make certain it’s seen before and after the game.”  Obviously not many give a damn if it is seen in the game or not.

Apparently, though, this is happening, according to a preliminary report by the IAB, the Internet Advertising Bureau, all the various ads coming up on the Sunday game have already logged a full 44 million views online as of Thursday.  Expect millions more by game time and tens of millions more soon after.

Is It Creative Enough to Entertain? Maybe sell something?

In the halcyon Mad Men era when I entered the advertising biz, the first rule I learned was to “sell somebody something!” To get the consumer to pluck down their hard earned bucks on the product or service in the ad, no matter the medium. Times and mediums have changed, but somewhere along the forty-eight year road of advertising in general and Super Bowls in particular the object is often to just entertain. To make people laugh or at least snicker. Maybe smile. 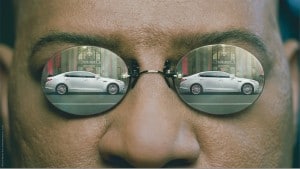 Kia is recalling The Matrix to help it sell vehicles during this year's Super Bowl.

And, of course, to make the annual USA Today list of the ‘Best Commercials of the Super Bowl” a title of dubious distinction at best. There is, however a problem. The commercials viewers like may not be the most effective.

Communicus, a Tucson, Arizona based research company issued a study less than a month ago regarding Super Bowl commercial viewing. The purpose was to gauge whether consumers actually saw Super Bowl ads for various brands. In general, Communicus has found about 60% of ads it tests don’t increase purchase or purchase intent. Shockingly four out of five Super Bowl XLVII commercials failed to deliver. The few advertisers that were the winners captured a large audience and drove changes in the marketplace.

The firm reached its Super Bowl conclusions through interviews with more than 1,000 consumers before and after they were exposed to the ads in the 2012 and 2013 games. Before the game, Communicus asks people what they’ve bought recently and what they intend to buy in the categories spanning the Super Bowl advertiser base. Then it follows up with the same group within the next couple of weeks and asks similar questions as well as others in order to gauge whether consumers actually saw Super Bowl ads for various brands. For categories with longer purchase cycles, including automobiles, Communicus uses other measures such as changes in intention to investigate buying a brand. The research company’s CEO, Jeri Smith noted, “’most of the automotive commercials “go to the bottom of the list in terms of effectiveness because they all run together in people’s minds,” she said. 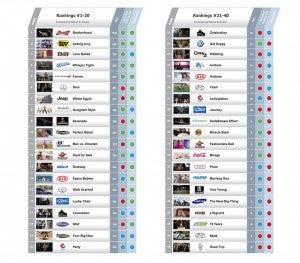 I’ve spoken to several automotive CMOs about whether the Super Bowl is “effective” – note I did not say efficient — for their brands and the answers are pretty well divided between those who expressed their favor of “great exposure, wonderful marketplace, targeted viewers, sensational entertainment and brand awareness,” versus those who think the Super Bowl is not a good buy because of the costs involved and other mitigating factors that cannot be justified.

In the automotive ad category winners among the “best” seldom if ever show a bump upward in the radar of monthly sales percentages in the period immediately following the Super Bowl.  Using perhaps a critical fact-based evaluation shouldn’t the most popular commercials generate a bump in sales upward in the period following the broadcasts and promotion of their commercials? And what resonates with gearheads, motor mouths, auto aficionados and enthusiasts and industry employees may not — probably will not — translate to a broader national audience of consumers.

(To get an early look at some of the Super Bowl commercials, Click Here.)

So gather the nachos, the beer, place the pool office pool wager it’s time for the annual onslaught of excess called the Super Bowl. But please don’t blame this messenger for bringing a perhaps jaded but pragmatic perspective to the football fray.

Look forward to February 7 when NBC begins broadcasts from Sochi with only two automotive advertisers: BMW and GM own the network broadcast exclusively. And won’t that be nice?