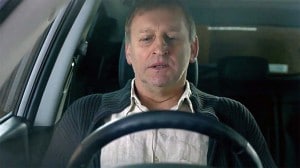 “Suicide is painless,” or so went the lyrics of the theme from “MASH,” but while the film and later the popular TV show were able to find a bit of dark humor in that theme, Hyundai has largely triggered nothing but shock and a serious backlash as a result of an ad that poked fun at someone’s attempt to commit suicide in a car.

The online spot has been pulled from Youtube and other outlets and an embarassed Hyundai is apologizing for the misguided effort.

The spot, which had targeted the European market – but which received widespread attention in the U.S., as well, thanks to the borderless Internet – featured a man apparently suffering from deep depression and ready to end it all. He runs a hose from the tailpipe to the cabin and starts the car. The result? Nothing. The ad is meant to promote the fact that this is Hyundai’s new zero-emission vehicle. 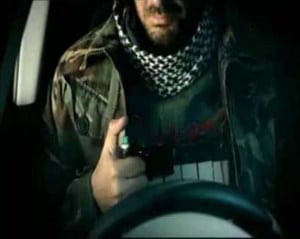 VW has long denied it was involved in making the "Suicide Bomber" ad, but many sources insist it lent a helping hand.

“The new iX35 with 100% water emissions,” concludes the spot, a reference to the fact that the hydrogen fuel cell powering the vehicle produces nothing but water vapor in its exhaust.

Similar responses have flooded Hyundai and its European ad agency, Innocean Europe, as well as popping up on Facebook and other social media outlets.

A statement for the American Foundation for Suicide Prevention warned that the campaign was more than in just bad taste.

“We know from research that graphic depictions of suicide in the media can inadvertently lead to further suicides, a phenomenon known as contagion,” said the organization’s executive director, Robert Gebbia. “This advertisement was particularly graphic and potentially dangerous. We are pleased that Hyundai has decided to pull this campaign.”

A British spokesman for Hyundai said the maker “understands that the video has caused offence. We apologize unreservedly. The video has been taken down and will not be used in any of our advertising or marketing.”

The Korean maker’s U.S. subsidiary has meanwhile tried to distance itself from the brouhaha, issuing a statement noting that “We at Hyundai Motor America are shocked and saddened by the depiction of a suicide attempt in an inappropriate European video featuring a Hyundai. Suicide merits thoughtful discussion, not this type of treatment.”

European advertising often steps beyond the level of what would be acceptable in the U.S. market, both in terms of language and visual images, but the decision to use an attempted suicide to create something humorous has received almost universal condemnation.

But it is far from the first time a maker has stepped over the line. Volkswagen took tremendous heat when, in 2005, a spot for the then-new VW Polo surfaced. It also touched on the theme of suicide — though in this case it showed a suicide bomber pressing the trigger while sitting outside a crowded café. But the explosion is contained within the passenger compartment, apparently due to the incredible strength of the new Polo.

VW insisted that it had nothing to do with the spot but it later was reported by London’s Media Guardian that the German maker provided one of the new cars and some money to do the shoot which was handled by a well-known pair of spoof artists known as Lee and Dan.

Earlier this year, Ford’s ad agency in India created an international flap when it produced a trio of ads, two of which showed celebrities like Paris Hilton driving a Ford with bound and gagged women stuffed into the cargo compartment. The fake ads were submitted for an Internet competition and were not intended to be shown to the public. Ford profusely apologized and a number of staff members at the ad agency were subsequently fired.