The 10 Least, Most Expensive States for Auto Insurance 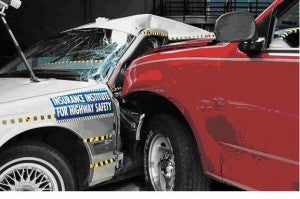 Maine drivers pay the lowest for insurance of any state in the country, Louisiana the highest.

The price two different motorists will pay for auto insurance is likely to vary, sometimes wildly, and factors such as the vehicle you drive, as well as your driving record can have a big influence on what you’ll shell out for coverage.

But another critical factor is where you live.  Insurance coverage in Louisiana, for example, averages nearly three times as much for the average motorist, $2,699 a year in the Bayou States compared to just $934 for those living “down East.”

Louisiana, she says, “is consistently at the top of our rankings. One way to mitigate the rate pain is to buy the cheapest car to insure in the state, which is the Jeep Patriot Sport in Louisiana. The worst choice would be a Mercedes-Benz S65 AMG sedan, which carries the highest rates in Louisiana.”

The numbers from the new survey actually don’t reveal the full extent of how insurance can vary by location.  Residents of big cities, such as New Orleans, pay even bigger premiums than those living in most suburban and rural areas.

But even in relatively low-cost regions, motorists are often penalized for driving the “wrong” vehicle, cars, trucks or crossovers that insurance companies consider to be high-risk. A Mercedes-Benz CL65 AMG coupe registered in Oregon will have the highest bill in the country, according to the new survey, at $5,687 annually. That’s about four times as much as the average $1,387 cost of insuring a car in Oregon.

At the other extreme, Insure.com found you’ll only pay $698 to cover a Toyota Tacoma pickup in Wyoming – or less than half the state’s average $1,496.

According to the survey, the 10 most expensive states are:

At the other extreme, these are the 10 least expensive of the 50 states and the District of Columbia:

Why are some states at the top of the list? According to Danise, “A high portion of Louisiana drivers who are in accidents file bodily injury claims. Also, car accident lawsuits for less than $50,000 go before elected judges rather than juries, and the elected judges are seen as siding with consumers more than the insurance companies.”

She also notes that in Michigan, second on the list, residents are paying a steep penalty for the state’s expansive medical care clause, which can ensure an unlimited, lifetime personal injury coverage for those involved in a collision. That adds an estimated $175 annually to the cost of a Michigan policy.

At the other extreme, Maine benefits from its largely rural nature which tends to mean lower claims. The state has also benefited from a graduated licensing program that has reduced crashes among younger drivers.