Score a big win for GM. 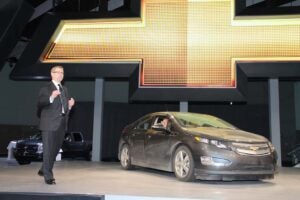 Hooray for Joel Ewanick! He had a helluva week breaking molds, traditions and profligate spending while making new ad biz rules. He’s gone where few CMO’s have dared to go with the outlandish premise of getting a measurable return on every component of the corporation’s massive advertising budget.

Part 1 was killing GM’s Facebook ads, a media trip into the unknown that was not working: i.e., generating measureable interest or involvement. Feeling good is not a Metrix element of marketing. Results count, right?

Part 2 was the cancellation of three 30-second commercials on next year’s Super Bowl because they become too expensive. What a bizarre concept. GM not on the Super Bowl. OMG!

But the media buy of $11.4 million based on a price tag of $3.8 million apiece is chump change when one considers the other elements of the major expenses for a traditional Super Bowl package for Gargantuan Motors that could boost the bill by another $10 million or more.

Here’s my SWAG (sophisticated wild ass guess) of what was spent to wring the maximum amount of interest, promotion, involvement, publicity and involvement for bragging rights at the club and the appeal the Super Bowl holds for dealers, fanatic football fans, sports mediums, advertising blogs, advertising media and post game ad winner columns:

$27,200,000. Neither of these is chump change or a rounding error. No wonder Ewanick changed the rules.  Translate this to the number of cars that were sold directly as a result of Super Bowl ads next year at is a helluva lot of money to the bottom line.

But I guarantee there are a few advertisers who have or will step in to fill the blanks left by GM’s departure, maybe even another automobile advertiser. And Ewanick’s old employer, Hyundai, has pointedly stressed that it will stay with the Super Bowl next year. There is a cache to Super Bowl ads everywhere except the board room where ROI reigns supreme.