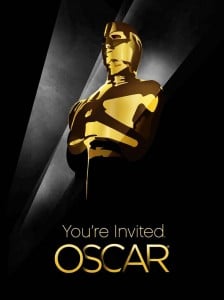 Hyundai calls it the “Big Voices in Big Places” philosophy; I’m calling it Media Chutzpah, Incorporated.  Not long ago, the Korean carmaker was largely ignored by most Americans, with barely a one percent share of the U.S. market.  But now, with its sales soaring – demand limited only by production capacity – Hyundai wants to make sure it’s noticed, and that means it is going for the gold.

Quite literally, with a huge advertising presence during last month’s Super Bowl, where it was seen by 111 million viewers; during the Grammy’s, which generated strong viewership in the wake of Whitney Houston’s untimely passing; and now completing the trifecta as the exclusive carvertiser during that perennial favorite, the Oscars.

There’s an advertising audacity in capturing multi-multi-millions of eyeballs with such wide audience demographics in appointment television viewing. But unlike the Super Bowl the commercials take second place to the red carpet arrivals, the glitterati, super stars, presenters and Billy Crystal, the popular emcee making his return after a long absence. 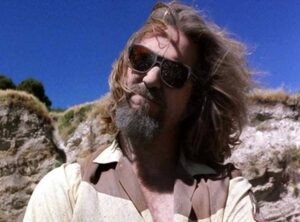 And the award for best actor moonlighting in a commercial goes to Jeff Bridges, aka "The Dude."

That duly noted, there are nine Hyundai commercials during the broadcast – two on the red carpet and seven during the actual awards ceremony. The new Azera sedan is getting the biggest push with four new commercials, two of which were directed by the avante-garde film auteur and former Academy Award nominee, Wes Anderson, who in a previous career was one of the top directors of television commercials.

The Anderson/Hyundai commercials are 30-second mini-cinemas with exceptionally high production values. Only a talented director with freedom to innovate can add to the ad agency’s storyboards like this. Rather than describe what can be seen, I urge you to watch for the subtle staging and misdirection activities going on in the foreground, background and margins of the two commercials. It is seamless and sensational. They are unique commercials for a new luxury sedan and do not follow the usual Hyundai creative approach. To watch both click here:  http://www.youtube.com/watch?v=Bq-OBmIWbeQ and click here:  http://www.youtube.com/watch?v=uDMHmgWGir8

From a demographic and psychographic perspective the Oscar audiences are primarily women, which prompted a question of target? When I questioned Steve Shannon, Hyundai’s vice president of marketing for an explanation, his reply was quite specific, “The new Azera is a luxury vehicle with distinctive features and amenities that crosses specific gender appeal, but we do know in this category that women play a key role in selection.”

I also asked Shannon which was his favorite venue for Hyundai’s commercials this year, “the Super Bowl, Grammy or Academy Award” broadcasts, which is similar to asking which of his children he likes better. But as a good adman he was up to the task, “I love ‘em all. But … the importance of the launch and introduction of new Azera and the markets to which it will appeal makes the Oscar’s the winner.”

Two other show-biz-commercials have been created, but were not available as this was written (no Super Bowl tease which is nice) just for the Academy Award broadcast featuring Hyundai’s long time voiceover spokesman with the mellifluous voice, Jeff Bridges.

If interested in watching the other ads on the show before the broadcast follow the links below:

Hyundai’s traditional advertising efforts will continue during the balance of the year. Their Agency of Record, or AOR, is Innocean USA of Huntington Beach, CA. 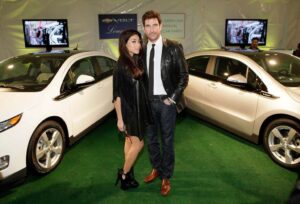 There’s nothing worse than being left behind when there’s a big party starting.

Hyundai may be the exclusive advertiser, but the former holder of exclusivity on the broadcast, General Motors, and ‘the we’re not out in the cold’ advertiser Mercedes-Benz both issued special press releases announcing their contribution to movies, movie stars and movie making. GM’s release pointed out the vital role their vehicles have had in motion pictures over the years.

Mercedes, meanwhile, noted their SL sports car, which is celebrating its 60th anniversary with an all-new model this year, has appeared in over 150 movies over its six decades and “is supporting film restoration thorough a contribution to The Film Foundation.” retrospect of six decades for the restoration of classic films. Please pass the popcorn.

New BMW Campaign for the 3 Series starts with (gasp!) humor!

Last week’s launch of a new ad campaign for the new 2012 BMW 3 Series Sedan was highlighted by a series of honest to goodness humorous mini-commercials. Well, actually the little visual jokes were first revealed during the Super Bowl broadcast, but dealers in the Northeast felt they were strong and could run beyond the first intro. To see two of ‘em Click here: http://www.youtube.com/watch?v=mbNzd3oGKIU&feature=related and

It’s all part of a new advertising campaign that includes a consumer contest putting one lucky winner in the driver’s seat of a brand new 2012 BMW 3 Series Sedan, a national television spot and a series of homepage takeovers, designed to support of the launch of the all-new 3 Series Sedan.

The contest, “Zero to Desire in 5.9 Seconds” – a reference to the time it takes the vehicle to go from 0–60 mph asks participants to submit a video running approximately 5.9 seconds showing how much they “desire” a new BMW 3-Series Sedan. Submissions are being accepted online at facebook.com/bmwusa and youtube.com/bmwusa through March 9, at which point 30 finalists will be chosen by a panel of judges and public voting will begin. Videos will be judged on creativity, innovation and uniqueness. A winner will be announced in early April.

Also central to the campaign, which was created by BMW’s new agency, Kirshenbaum, Bond, Senecal +, are a series of six 15- and 30-second digital shorts that playfully illustrate some of the many new technologies that have been integrated into the car and a weeklong series of interactive homepage takeovers which will began during the week of February 20 on sites including Yahoo! YouTube. MSN.com, The New York Times and ESPN

A national television spot entitled “Which Means” began airing earlier this week, and similar to the digital shorts, highlights some of the standout elements of the all-new BMW 3 Series, while also visually illustrating what those innovations “mean” for drivers in the real world. The campaign will also include a variety of print, radio, online and mobile advertisements.