Autos in Sports, History and Entertainment. 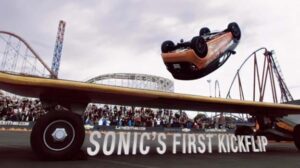 In an unusual twist, a few Super Bowl advertisers are already showing their game spots.

Contrary to popular belief, less is not more, more is more when it comes to carvertisers on the Super Bowl broadcast. Just nine days and counting til kick-off but you’d think it’s already the big game.  Enuf is enfuf already, as the teasers, hype and embellishment continues unabated.  Here’s this week’s update:

It’s crunch time. The big, really big winners in NFL Playoffs advertising, according to data from Ace Metrix were: Apple, General Motors (Cadillac), Applebee’s, Nissan, and Google were the most effective advertisers during the past three weekends of playoff football.  As noted in a special MMM this past Monday the three weekends of playoffs are often an interesting test run for advertising during the Super Bowl. 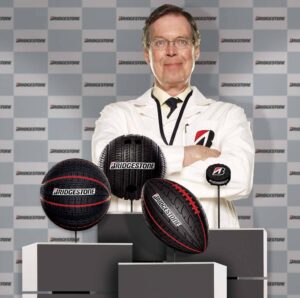 Peter Daboll, CEO of Ace Metrix, noted. “Automotive ads represented the greatest share of playoff advertising at 27 percent.  Restaurants accounted for at 19 percent of playoff ads, followed by Telecommunications at 15 percent.” Here are the Ace Metrix scores of the top five commercials, to view the commercial just click on the link.

Other interesting arcane data from Ace noted just 14 percent of ads to air during the 10 playoff games were new. This as we all know, means more new ads than ever on Super Bowl. The new ads were lead by Applebee’s “Under 550 Calorie” ad for steak, achieving an Ace Score of 640, and Chevrolet’s new “Happy Grad” ad for Camaro, which debuted during the NFC Championship to an estimated audience of more than 50 million with an Ace Score of 618.

“We expect to see many of these same advertisers in the Super Bowl, and it will be interesting to see how they adapt their playoff strategies to television’s biggest stage,” said Peter Daboll, CEO of Ace Metrix who added, “We are looking forward to seeing what General Motors introduces – they are hitting on all cylinders right now from an advertising perspective with strong scoring creative from their entire brand portfolio.”

Ok. Ok. I know Bridgestone is not technically a car advertiser, but the company does provide a key, make that critical component of every vehicle on the road. They’ve done some really interesting non-car-carvertising and that’s why I’ve included them.

The new Bridgestone campaign, called “Time to Perform” utilizes the latest tire-derived technologies to single-handedly change the world of sports as we know it – with interesting and unintended consequences.  “As the Official Tire of the NFL, the NHL and the PGA TOUR, Bridgestone Americas is excited about our new brand campaign, which creatively integrates our sports marketing initiatives with our specific product lines and their unique characteristics,” said Philip Dobbs, Chief Marketing Officer, BATO. “We have created an imaginary environment in which our proprietary technologies transcend the traditional bounds of tires, and we investigate the impact Bridgestone performance attributes could have on professional sports.”

As one might expect there is a big social media program at the usual suspects websites. And then there’s the half time show of super stars which is sponsored by Bridgestone which this year will feature the inimitable talents of Maddona.

More and more advertisers are turning to consumers, not their advertising agency or agencies to create special event commercials wrapped up in nice package.  Chevy conducted a worldwide search in which filmmakers from 32 countries submitted 400 scripts and 198 films for consideration for Chevrolet’s Route 66 Super Bowl XLVI ad competition.  Winners  \have their commercial air during the telecast of the big game.  Let’s see air time $3.5 milllion, create $000,000, production? Priceless.

The winning commercial is “The Happy Grad” a humorous spot created by 26 year-old Long Island resident Zach Borst. The Route 66 ads which were submitted had more than 32 million total online views between December 22, 2011 and January 14, 2012.

Borst revisited the scene of his winning spot in Long Island with several key cast members to celebrate his victory, here’ how that turned out.

“The Happy Grad” was filmed on location near his home on Long Island during a weather window that offered Zach, along with the cast and crew only four hours to complete the project. Borst, an aspiring filmmaker, has been producing films since his childhood and has founded his own production company, Goat Farm Films, based in New York.

Let’s review, last week we had a tease photo from Kia’s new Super Bowl ad, this week is a :15-second audio of Arthur Godfrey’s singing group singing Dream, but atill no commercial preview.  We must go to one 18,000 movie screens nationwide to see what is being touted as a Super Bowl advertising first, Kia Motors America’s complete “Drive the Dream” ad will premiere on Feb. 2.

Kia’s new but unseen :60-second commercial taps into the idea of dreams revealing true desires, and portrays the new 2012 Optima Limited amid a Gen X couple’s wildest thoughts as they sleep – including supermodel Adriana Lima waving the checkered flag at a race track, an in-your-face Mötley Crüe concert, MMA fighter Chuck Liddell battling in the octagon, a heroine and hunk riding a horse in a storybook setting, and champion bull rider Judd Leffew taming a bucking rhinoceros – before concluding with a romantic ending. The spot was created by David&Goliath and directed by Noam Murro, director of the upcoming Warner Bros. and Legendary Pictures’ “300” prequel.

All the other advertisers

All quiet from the other carvertisers. No updates from Audi, Acura, Honda,Hyundai, Toyota, Lexus, Cadillac (a maybe advertiser) and Chrysler (what’s this year’s surprise?). 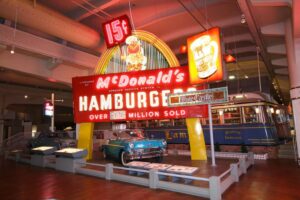 First a question: When did you last visit the museum? That long ago? You were in what grade? Shame on you. It’s time you revisited Dearborn’s national treasure chest, especially now. A brand new, one-of-a-kind, $8 million automotive experience opens to the public January 29 at The Henry Ford. Centered around their acclaimed collection of historically significant vehicles, the new exhibit combines authentic artifacts with digital media, interactive play and personal accounts.  The new exhibit focuses on the enormous influence the automobile has had on American culture—from the automotive innovations that have changed our lives to the everyday choices we make. “Driving America is more than an exhibition with cars on display,” said Patricia Mooradian, president of The Henry Ford.

Spread out over 80,000 square feet Driving America includes 130 vehicles – 21 and more than 60 cases of artifacts, 18 interactive 42-inch touchscreens offering thousands of additional details, images, videos and oral histories. Visitors will have greater access, beyond the museum floor, to the collections of The Henry Ford. Additionally guests to the Henry Ford can create their own custom collection that can be accessed through their mobile device or home computer for viewing later.

There’s also a new theater experience complete with a new signature film that examines how the automobile has truly transformed our world and highlights the choices that lie ahead. In addition, an old favorite, the 1946 Lamy’s Diner, will for the first time offer “diner-style” fare for hungry visitors.  Prior to the public opening a special preview event is being held Saturday, January 28. If you live in the Detroit area and are interested in attending, tickets for the preview are still available; for ticket information to the preview call  313.982.6001 before 5:00 p.m. Friday, January 27. 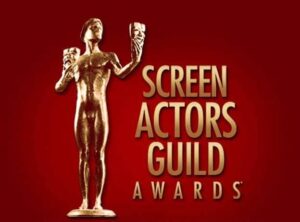 Adding a new marketing dimension to the media plans of Fiat, Hyundai and Subaru are the always elegant show biz award shows. The Grammies, Oscars and SAG awards are perhaps the last bastion of category exclusivity for auto brands which today is oxymoronic. This Sunday, it’s the 18th Screen Actors Guild, aka SAG Awards gala — another bacchanal of excess, elegance and emotions that’s being broadcast on TNT and TBS.

For the fifth year Subaru will again be a presenting sponsor of the SAG Awards, aka the Screen Actors Guild Awards and the SAG Foundation. Their participation motivation? And what is the benefit? The niche brand, according to a spokesperson, believes their SAG Awards sponsorship leverages the  high engagement of award show, showcases Subaru vehicles and a good partnership with TNT. They are an advertiser (naturally) on the program with the launch of a :60-second version of their 200,000 mile commercial , broadcast break promos, pre show ‘tune-ins’ for the show and are sponsoring the Salute to SAG’ movie marathon leading up to the SAG Award’s broadcast. Red carpet celebrity arrivals will pass by a red 2012 Subaru on display. No links or clicks to the new commercial were available to include.

Subaru is in the luxury suburb of Lalaland joining other sponsors including Champagne Taittinger, Fiji Water, Dry Creek Vineyard, L’Oréal Paris, Graff Diamonds and Fendi Casa who provide the honorees and attendees with goodie bags and obviously lots to drink. The program opens with a champagne toast. How appropriate.

And for those that want even more glamour, glitter and grandiosity the Academy Awards are coming on Sunday, February 26 with Hyundai as the only auto sponsor.  No word yet on who is the sponsor of the super LA-vibe of casualness, the Independent Film awards which precede the Oscars on Saturday, February 25. The latter is often very funny.