Opinion: How Ford Can Fix Lincoln

Can Ford revive a once-grand brand? 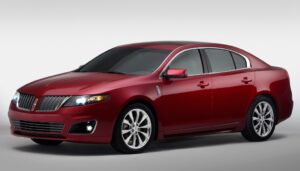 Despite high hopes, recent products like the MKS have done little to revive the ailing Lincoln brand.

Lincoln, Ford’s luxury brand, has been struggling of late, leading more than a few skeptics to wonder whether it’s time to abandon the once-grand marque, much as Ford recently dropped the long-suffering Mercury.  The Dearborn maker insists it remains committed to fixing Lincoln, with plans to introduce several new or redesigned models in the coming years, shuttering dealerships in over-saturated markets while renovating those that remain.

While executives haven’t exactly been calling us for advice, we’re going to offer it anyway, because that’s what journalists do. If our plans for Lincoln succeed, we’ll expect our payment in a briefcase of $20 bills, thank you very much.

Just kidding—we give our advice for free. It’s up to the executives in Dearborn to take advantage. And Ford is taking the challenge seriously: The company has put together a 92-person task force to address Lincoln’s issues and hired designer Max Wolff away from Cadillac.

We’ll admit that when it comes to the advice we’re about to give, Ford is already ahead of us on some steps. Which is decidedly a good thing for Lincoln.

1. No more raiding of the corporate parts bin: The author was unpleasantly surprised with his first experience with the then-new 2009 Lincoln MKS way back in the halcyon days of 2008, when a colleague pointed out that the turn-signal stalk and other interior bits came straight out of the Focus compact. Not cool in a $40K luxury car that has aspirations of stealing customers away from Lexus. Sure, Buick and Cadillac have some bits that exhibit GM’s corporate influence, but it’s much less obvious. Luxury buyers need a reason to plunk down the extra cash on cars that share platforms with more mainstream models, and using cheap parts to save a little bit of cost—in the interior no less, where it’s visible to the naked eye—is not one of those reasons.

2. More product differentiation: As noted above, luxury buyers need a reason to spend the extra money. Producing a Lincoln that looks too much like the Ford product it’s based on is not a good way to capture buyers. Take a look at Lexus: Lots of people know that the ES 350 shares its platform with the Toyota Camry. And most ES buyers don’t seem to care. It’s visually different from the Camry inside and out, and offers features that are either not available on Camry, or are options on Camry but standard on ES.

Lincoln, on the other hand, hasn’t differentiated its product enough. Yes, the MKS looks unique when parked next to its platform-mate, the Ford Taurus (although the resemblance is clear), as does the MKT, which looks curvier than the Ford Flex it’s based on. But the MKX looks just like Ford Edge, despite the Lincoln grille, and the MKZ doesn’t do much to hide its Fusion roots.

This differs from Buick, whose Enclave crossover looks nothing like the Chevrolet Traverse and GMC Acadia which it shares a platform with. There’s an incentive for Buick buyers to spend the extra money over the Traverse. But we’re hard pressed to really see the difference between the MKX and Edge. Yes, interior materials are nicer and available features might be more upscale, but is that enough?

According to Car and Driver, the next Lincolns will still be based on Ford platforms. That’s fine. What Lincoln needs is distinctive interior and exterior styling in order to separate its luxury line from its mainstream brand.

4. Product, product, product: Ford is already moving in this area, as this month’s Car and Driver notes. The magazine lays out a timeline of future product, which includes mid-cycle refreshes for the MKS and MKT early in 2012 as 2013 models, plans for a new compact crossover and sedan, and plans for a redesigned MKX in 2014 as a 2015 model and a new MKS in 2016. Indeed, according to Car And Driver, Lincoln will have seven new or redesigned models in the next four years.

It’s up to the design and product teams to execute those plans, of course. The good news is that Ford’s latest products have generally been well-received, and if that trend continues, than the future looks good for Lincoln, provided the products can stand out enough from Ford’s more mainstream models.

5. Marketing: If Ford is serious about improving Lincoln, it will need to get the message out to potential buyers, and it will need to show luxury shoppers why they should be browsing Lincoln showrooms. We’re not marketing experts, so we won’t tell Ford how to accomplish this, we’ll just note that Ford will need to succeed in getting the word out.

We know Ford’s brass is cognizant of Lincoln’s troubles and is way ahead of us on at least a few of these tips. That’s a good sign. With Mercury consigned to the junkyard in the sky, and Jaguar, Volvo, and Land Rover no longer part of the Ford family, Ford needs a luxury presence to compete with Cadillac, Chrysler, Audi, Lexus, and Infiniti—not to mention BMW and Mercedes-Benz. The Lincoln name has been around for a long time, and if Ford plays its cards right, it will be here to stay for a while.