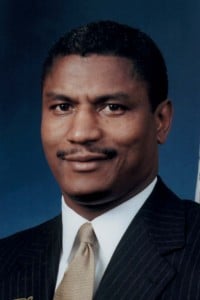 An independent panel led by former U.S. Transportation Secretary Rodney Slater has issued some far-reaching recommendations aimed at helping Toyota avoid the sort of quality and safety problems that have been plaguing the maker – resulting in the recall of over 10 million vehicles, damage to the once-lofty Japanese brand’s image and a slew of potentially costly lawsuits.

Perhaps the most far-reaching conclusion is that Toyota needs to shift from a highly centralized global structure to one that gives more autonomy to regional operations, notably in North America.  The panel’s report, titled “A Road Forward,” also stresses that Toyota needs to be more willing to listen to concerns raised about its quality and safety by outside sources.

The panel was initially created during the so-called “unintended acceleration” crisis that was kicked off by a huge October 2009 recall.  A second recall, three months later resulted in the maker temporarily halting sales and production while it dealt with potentially sticky accelerator pedals.  But a variety of other quality and safety issues have since cropped up, resulting in the callback of millions of additional vehicles.  That led the panel to conduct a “much broader” review, according to a summary of its findings.

“It has been said that a good company takes a problem and solves it, but a great company takes a problem and learns from it,” said former Sec. Slater.  “Toyota appears to be committed to applying what it has learned to make important changes to improve its quality and safety processes, but there is more to be done.  We hope this report helps Toyota in that endeavor.”

Toyota has been facing a series of challenges since August 2009, when a well-publicized wreck involving a runaway Lexus resulted in the death of a California Highway Patrol officer and three family members.  The subsequent series of recalls triggered a Congressional investigation during which senior executives, including CEO Akio Toyoda, were severely chastised.  Toyota also paid several record fines for failing to act in accordance with U.S. regulations concerning safety recalls.

The January recall was triggered only after a series of meetings between senior American officials, including Slater’s successor, current Transportation Secretary Ray LaHood, and Japanese management – who were later accused of stonewalling the problem.

CEO Toyoda later said he would increase the role of U.S. management, creating a special position for an American safety “czar.”  The new Road Forward report would give Stateside management even more autonomy to make critical decisions on matters such as recalls.

“In today’s automotive world, major auto manufacturers must strike a balance between the economies of scale associated with central control and the need to stay closely connected with customers in diverse local markets,” the report proclaimed.  “Toyota was out of balance – it centered too much control in Japan and gave its North American operations inadequate decision-making authority to handle quality and safety problems affecting vehicles in North America.  Toyota’s reputation in North America suffered as a result.”

Slater and his colleagues also cautioned that Toyota management must be more willing to listen to criticism, especially when it comes to concerns about safety and quality.  While the maker “seems to be eager” to hear and respond to internal criticism, the report warned, the maker “responds less constructively, often with defensiveness,” to external critics.

Toyota already has addressed a third concern raised by the independent panel, naming a “Chief Safety Technology Officer” to ensure that safety issues have a champion at a senior management level.

Crediting the panel’s “candor,” CEO Toyoda said the maker has already learned a lot.  With the new report, he added, “The Panel has given us further insights into how we can best achieve our vision of exceeding customer expectations with the safest and most responsible vehicles.”

A statement by Toyota said the maker has taken several steps recommended by the panel to implement previous recommendations, including:

The situation has been complicated, however, by Toyota’s latest problems, triggered by the March 11 earthquake and tsunami that knocked out hundreds of its Japanese-based suppliers, setting off a sharp slowdown in its global production network.  Toyota does not expect to have its worldwide operations back up to normal until November or December.