Goal to “commercialize anything big and new.” 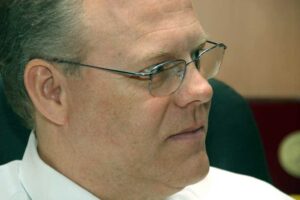 Unceremoniously ousted by the carmaker’s former owners, one-time Chrysler CEO Tom LaSorda has resurfaced – with a pot of gold he intends to make available to entrepreneurs with big ideas.

LaSorda has teamed up with an anonymous investor, and will work with the quasi-public Detroit-based Automation Alley to distribute $100 million in cash that, the long-time exec says will be used to “commercialize anything big and new.”

Dubbed Stage 2 Innovations LLC, the fund will be aimed at entrepreneurs who have already come up with their big ideas and are now ready to commercialize innovative technologies.  Those companies that qualify are expected to start generating annual revenues of anywhere from $1 million to $50 million, and employ anywhere from 10 to 100 employees.

Not to be confused with baseball’s Tommy LaSorda, the Canadian-born Thomas W. LaSorda became Chrysler CEO on January 1, 2006.  But in August 2007, after the break-up of DaimlerChrysler AG, LaSorda was bumped to the number two slot by the U.S. maker’s new owners, Cerberus Capital Management.  Though Fiat reportedly asked LaSorda to stay on, he decided to retire when the maker filed for bankruptcy in 2009.

He has remained largely out of the spotlight since then, but the son of a Canadian union official now teams up with an anonymous but “successful, experienced investor” to launch Stage 2, which will turn to Automation Alley to help pick promising venture partners.

“Tom LaSorda and his team represent a wealth of knowledge and business savvy that, when combined with such incredible financial resources, will give second-stage companies the entrepreneurial support needed to elevate business growth in Michigan,” said Ken Rogers, Automation Alley’s Executive Director.

The sort of companies that the new fund hopes to kick-start are responsible for more than a third of all new Michigan jobs, according to various studies.  But Stage 2 intends to push beyond the confines of the Motor City.  It will initially reach out across North America and eventually try to line up deals worldwide.