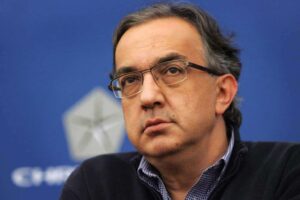 Fiat intends to buy the remaining shares in Chrysler now held by both the U.S. and Canadian governments, said Sergio Marchionne, CEO of both the American and Italian automakers.

The announcement followed a discussion with Canadian officials and came just days after Chrysler finished paying back $7.5 billion in government loans it received during its 2009 bailout.  By refinancing those loans, Fiat was already able to boost its stake in the American automaker to 46%.

The Canadian and Ontario governments took a 1.7% stake in Chrysler in return for their help.  The U.S., meanwhile, currently holds a 6.6% stake in the carmaker.  The White House has long indicated its desire to get out of the automotive business and is expected to sell off its holdings as soon as practical.  Canadian officials, however, stressed that they want to see how things go with the American sale before deciding whether to also accept Fiat’s offer.

Chrysler operates two major assembly plants in Canada, including its minivan factory, in Windsor, and the line in the Toronto suburb of Brampton that produces the 300 sedan.  In all, Canadian employment now stands at 9,000.

Fiat originally received a 20% stake in Chrysler as part of the 2009 bailout.  It has since boosted that to 30% for meeting two hurdles set in the post-bankruptcy agreement.  CEO Marchionne has said he expects to meet a third challenge – which requires Chrysler to introduce a 40 mpg model – by year’s end.  It is paying $1.7 billion for the additional 16% stake made available by the loan payoff.

Even without acquiring the U.S. and Canadian shares, Fiat’s stake in Chrysler would thus jump to 51%.

But Marchionne has telegraphed his interest in boosting Fiat’s holdings to as much as 70%.  Fiat may also seek to acquire some of the Chrysler shares currently held by a health care trust fund run by the United Auto Workers Union.

Marchionne also told TheDetroitBureau.com, last week, that he hopes to “monetize” some of the UAW’s stake in a long-discussed IPO.  That public stock offering now appears likely to be delayed until late 2011 or early 2012, according to industry observers.

The maker appears to be waiting for Wall Street to warm back up to automotive stocks – which have taken a hit in recent weeks due to the fast-rising price of petroleum, among other factors.

Fiat has effectively been in control of the American automaker since it emerged from Chapter 11 protection.  Following the pay-off of the U.S. and Canadian loans, Marchionne noted Fiat will now consolidate the balance sheets of the two companies.