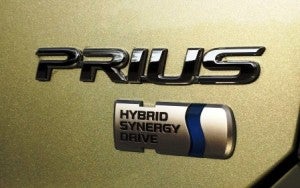 While the latest Prius incident near San Diego raises questions thus far unanswered, Toyota is not changing its previous recall on the hybrid.

The Wall Street Journal started a media feeding frenzy yesterday when it reported, inaccurately, that Toyota plans to announce a new recall for the 2004-2009 Prius to attend to the potential risk for floor mat entrapment of accelerator pedals.

Toyota told me “no new recall being planned for the Prius to address this issue.”

Whether this ultimately holds remains to be seen.

For the record, the 2004-2009 Prius was part of Toyota’s November 2, 2009 announcement of a safety recall campaign to address floor mat entrapment in millions of Toyota and Lexus vehicles.

How a major news organization, apparently, ran with such a story without checking with Toyota, and before confusing or frightening hundreds of thousands of Toyota owners is a sign of just how out of hand the Toyota matter is.  The story was then picked up by many outlets.

This mistake is nothing, of  course, when compared with the now infamous ABC News false report on Toyota unintended acceleration,  which aired just prior to a congressional hearing. In the demonstration aired by ABC on February 22, Professor Gilbert, assisted by ABC reporter Brian Ross, asserted that he had detected a “dangerous” flaw in the Toyota electronic control system that he alleged could lead to unintended acceleration. (Click Here. )

The recall for these vehicles began at the end of 2009 and is occurring on a rolling schedule during 2010. Owners of the involved vehicles that have not yet been repaired are asked to take out any removable driver’s side floor mat and not replace it with any other floor mat.