Carrying the cues of the Mercedes Fascination Concept into production.

What in the past was identified as the next CLK, are actually all-new coupe and convertible versions new E-Class. We have the best pics yet of this two door and these prototypes have almost no disguise at all!

These new models will be replacing the smaller CLK models, and will carry several of the styling cues from the Fascination Concept shown last month at the Paris Motor Show.

The new coupe and E-Class sedan will launch together in mid-2009 (as a 2010 model), with the convertible following several months later. And, of course, the coupe and convertibles are expected to be offered with the full range of E-Class powerplants. 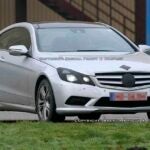 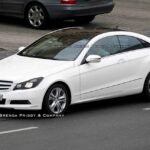 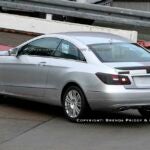 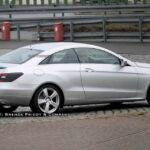 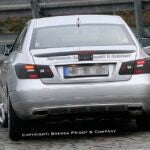