Subaru Defect Severe Enough it Wants to Replace Vehicles, Rather Than Repair Them

Owners will be offered buyback or replacement, vehicles could later be repaired. 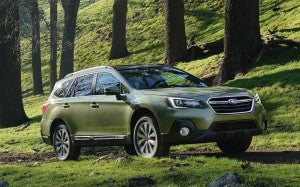 The 2019 Subaru Outback is part of a recall that has automaker replacing rather than repairing the vehicle due to a supplier defect.

(This story has been updated to reflect the fact that any vehicles bought back can later be repaired.)

Recalls are a way of life for automakers and automotive buyers, the numbers hitting record levels in recent years as regulators have cracked down on vehicle safety lapses. That said, the latest recall announced by Subaru is a rarity.

The automaker has advised the National Highway Traffic Safety Administration that it will recall more than 2,000 brand-new Legacy and Outback models due to manufacturing defects so potentially severe that it is offering to buy back or replace, rather than repair them — though the vehicles will later be repaired, a spokesman told TheDetroitBureau.com.

There’ve been a handful of cases where manufacturers have bought back vehicles because of problems that cannot be repaired. Volkswagen did so following its admission it had rigged the diesel engines on a variety of models. But it is rare for a manufacturer to then replace the vehicles with new ones.

The announcement by Subaru covers 2,107 Legacy and Outback models from the 2019 model year. According to the automaker, there are faulty welds below the cowl panel that could fail over time. If that were to happen, it could result in a crash and, making matters worse, reduce the effectiveness of body structures designed to reduce injuries to vehicle occupants. 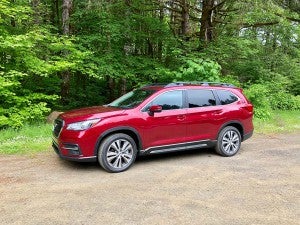 Subaru had to destroy 293 Ascent models as part of a previous recall.

The automaker blamed the problem on an outside parts manufacturer, telling NHTSA, “During the manufacturing process at the supplier’s factory, the spot-welder tip is cleaned and re-shaped by a (grinding machine). During production of potentially affected parts, the grinding machine may have been blocked by excess metal chips/powder, thus reducing the effectiveness of the welder.”

The recall covers 142 Legacy sedans and 1,965 Outback crossovers. They were produced between May 31 and June 6 of this year. That’s when an employee spotted the problem, the automaker said, triggering an alert.

The good news is that Subaru says it caught the problem quickly, with only a dozen or so actually being delivered to customers. In fact, the automaker believes as few as 12% of the 2,107 vehicles covered by the recall actually suffer from defective welds.

The automaker, a spokesman explained, is “offering the buyback because it would be time-consuming to have to make the repairs,” and this will be less inconvenient for the small number of buyers who actually have one of the defective Legacy and Outback models. 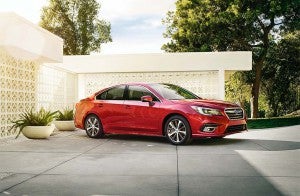 Subaru is also recalling the Legacy for the same problem as the Outback.

Though it may be rare for automakers to have to not only recall but replace vehicles, it happened to Subaru at least once before. Last year, it found another welding defect involving the B-pillars on the then-new Ascent model. The company was forced to destroy 293 of the sport-utility vehicles, as well.

As with more traditional recalls, Subaru plans to send out notices to owners of the affected Legacy and Outback models in the coming weeks. Advisories also will be placed on both the Subaru and NHTSA websites. You will need your vehicle identification number, or VIN, which is normally found, for one thing, on the registration papers. Owners also can call the automaker at 844-373-6614.

Owners will be given the option of simply having their vehicles repurchased or replaced.