Majority see the need for just 75 miles of daily range. 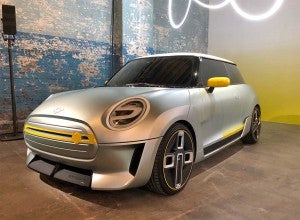 Sales of battery-based vehicles have finally begun to escalate as their availability – along with public awareness – grows. But a new survey suggests that consumers are pigeonholing them into a niche that could limit their popularity.

Nearly two out of three American consumers said they saw the best way to use a battery vehicle was for commuting or as a city car, according to the survey by Mini USA, the British automaker that is itself preparing to enter the electric vehicle market.

“It is important for us as a brand to understand how consumers want to use their electric vehicles, and what they know and don’t know about them as we move closer to the launch of the MINI Cooper S E electric vehicle in the U.S.,” said Andrew Cutler, Head of Corporate Communications, MINI USA.

When asked what sort of range they needed, 73% of those who responded said that 75 miles per charge was sufficient for their daily use.

That’s in line with what automakers were saying as the first generation of plug-based vehicles came to market at the beginning of the decade, starting with the all-electric Nissan Leaf and the plug-in hybrid Chevrolet Volt. Until the launch of the longer-range Tesla Model S, most offered 100 miles or less per charge. 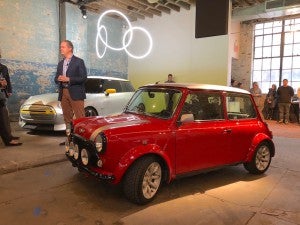 But, while consumers may find 75 miles of range in line with their daily needs, other studies have shown that they still wanted significantly more to cover unexpected emergencies and to give them more flexibility to take the occasional, longer trip. Analysts point out that demand for battery vehicles, especially all-electric models, has only taken off with the appearance of products that can get 200 miles or more between charges. Dozens of those are slated to come to market by early in the coming decade.

And, while 63% consumers may currently view electrified vehicles as primarily good for use in urban and commuting situations, according to the Mini USA survey, that could change, as well. The study found a clear lack of awareness among the general public, as well as a reluctance to get out front in what some have billed as a battery-car “revolution.”

“Overall, two-thirds (66 percent) of consumers surveyed believe that EVs are for early adopters, underscoring the need to raise mainstream awareness around EV technology,” Mini said in a statement summarizing its findings.

The lack of awareness was reflected in the response to a number of different questions. For one thing, when asked how long it should take to charge up a battery-car, the most common answer was, “I don’t know,” the option chosen by 28% of respondents. Another 25% said it should take 30 minutes.

For many Americans, Tesla products, like the Model 3, have changed range perceptions.

Currently, charging times vary widely, depending upon both the vehicle and the charging system available. Long-range products, such as the Tesla Model 3, can take six, eight, even 10 hours or more when using a 240-volt Level 3 system, commonplace in homes and public facilities. First-generation “high-speed” Level 3 chargers can take 30 to 60 minutes to yield an 80% top-off. New, super-fast systems being launched for products like the Porsche Tacan could cut that to somewhere between 10 and 15 minutes.

The Mini survey could help manufacturers justify the need to continue offering federal tax credits, a matter of hot debate in Washington, the Trump Administration proposing the incentives of up to $7,500 be eliminated in the coming year.

Mini said it conducted a random scientific poll of 1,004 adults, evenly including men and women, between March 21 and 24. It did not reveal who conducted the survey for it.