Forward into the past. 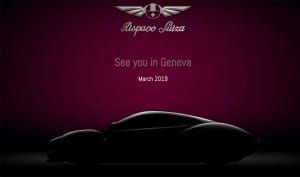 A familiar name is making a comeback at the Geneva Motor Show. Hispano-Suiza is debuting a electric concept dubbed "The Carmen," next month.

An old luxury brand is looking to make a comeback with the launch of a very modern hypercar.

Barcelona-based Hispano Suiza plans to reveal a fully electric “hyperlux grand tourer” during the upcoming Geneva Motor Show. Dubbed the “Carmen,” the new model is named after the granddaughter of the founder of the once iconic brand. Curiously, the decision to adopt battery power actually brings Hispano Suiza back to its roots.

The company – whose name means Spanish-Swiss – hasn’t put its name on a new car in nearly three-quarters of a century, but for a handful of concept vehicles meant to spur a revival. But it is now confident enough to begin taking orders for the new, all-electric tourer.

The roots of the company date back to 1898, when a Spanish artillery captain, Emilio de la Cuadra, started building electric vehicles in Barcelona. He hired a Swiss engineer, Marc Birkigt, to work with him, though the company then switched to gas-powered models. In a series of moves, the company changed hands several times, finally adopting the name La Hispano-Suiza Fábrica de Automóviles in 1904. It became famous for its over-the-top designs and massive gas engines. 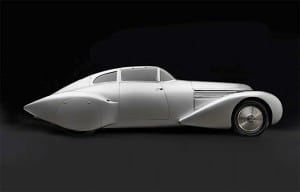 The original Hispano-Suiza Dubonnet Xenia of 1938 was considered an Art Deco masterpiece.

(VW plugs in with new dune buggy concept for Geneva. Click Here for the story.)

The company briefly produced aircraft engines after World War I before returning to automotive manufacturing. But it abandoned the car market entirely in 1946. Several attempts to revive the Hispano-Suiza name have been attempted. Audi rolled out several concept vehicles, and another prototype was shown at the 2010 Geneva Motor Show, an annual event known for the many specialty brands that exhibit alongside mainstream manufacturers.

The company isn’t saying much about the electric drivetrain it will use, other than to note that it is being developed by QEV Technologies, an R&D firm also based in Barcelona that has worked with the Mahindra team for the Formula-E race series and “mainstream car manufacturers” including China’s BAIC. 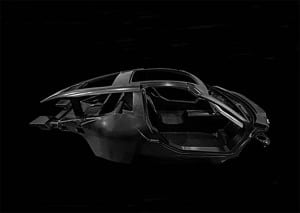 The decision to go all-electric isn’t entirely surprising. Battery power is an option a number of super-premium manufacturers are exploring, from start-ups like Rimac to established brands such as Aston Martin and even Ferrari and Lamborghini. Electric motors provide massive amounts of instant torque, as Tesla has shown with its Model S with Ludicrous Mode which can launch the sedan from 0 to 60 in just 2.3 seconds.

The Carmen will also utilize a very modern, hand-crafted carbon fiber monocoque spaceframe meant to make it both stiffer and lighter. Images provided by the company also hint at an extremely futuristic gauge cluster.

But the Carmen will also take a step into the past, the company noting that “the new model takes inspiration from the Dubonnet Xenia, one of the elegant and luxurious vehicles built by Hispano Suiza in 1938.”

(To get more details about Honda’s Urban EV concept its bringing to Geneva, Click Here.)

While the company claims it is taking orders for the Carmen it has yet to release a price for the new hypercar set to debut about a month from now.