Both battery-electric and hybrid models in development, confirms Farley. 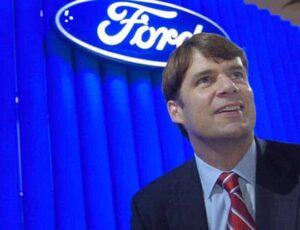 Ford's Jim Farley says the automaker will produce a battery-electric version of the F-Series pickup.

The Detroit automaker had already confirmed that a hybrid version of the country’s best-selling nameplate was in development, but Jim Farley, Ford’s president of Global Markets, took things a step further during an auto industry conference hosted by Deutsche Bank, indicating the carmaker would also add an all-electric version of the F-Series. The announcement comes as both Tesla and suburban Detroit-based start-up Rivian prepare to bring battery-electric pickups of their own to market.

“We’re going to be electrifying the F-Series — battery electric and hybrid,” Farley said during the Deutsche Bank Global Automotive Conference in Detroit.

The announcement came during a week of big news concerning electrification. Volkswagen announced it will invest $800 million to expand its assembly plant in Chattanooga, Tennessee, giving it the capacity to produce two new battery-electric vehicles, or BEVs. VW CEO Herbert Diess also confirmed his company is talking with Ford about collaborating on electrification efforts as part of what could become a series of joint ventures. Nissan and its Infiniti brand, meanwhile, revealed a pair of concept vehicles at the North American International Auto Show broadly hinting at an array of upcoming BEV models.

Until now, automakers have focused on electrifying smaller products, such as the Toyota Prius hybrid, the Chevrolet Volt plug-in and the Nissan Leaf BEV. But as batteries improve in terms of size, cost and range – and as automakers respond to increasingly stringent emissions and mileage rules – the industry is turning to larger and heavier-duty products, as well. 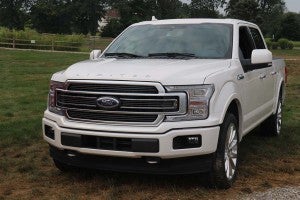 Ford plans to offer hybrid and battery-electric versions of the F-150 in the future.

Fiat Chrysler Automobiles’ recently redesigned Ram pickup uses a “mild,” 48-volt hybrid system to improve both range and performance, and both Ford and General Motors already have indicated they are working up hybrid versions of their own full-size pickups.

While Farley was somewhat vague, industry observers are taking his comments to mean a fully electric F-Series pickup also is under development.

Ford was an early entrant into the electrified vehicle arena with a mix of hybrids, plug-ins and short-range BEVs. But it has had relatively mixed success, with only marginal demand for plug-based models like the Focus EV sedan. Ford has now fallen behind key competitors, including Nissan, Tesla and VW, in the race to add long-range electric models to its line-up.

It is promising to catch up and, among other things, has announced plans to add an all-electric, high-performance model influenced by the Mustang coupe though it will adopt a crossover body style.

Adding a fully electric F-Series would be a significant addition for a variety of reasons, including the fact that the pickup line – which includes both light and heavy-duty models – comprises the single best-selling nameplate in the U.S. market. It’s also believed to be Ford’s single most profitable model line.

How soon an all-electric model will come to market isn’t clear and that means Ford might not get first-mover advantage. There are several competitors looking to give it some serious competition, including Tesla. CEO Elon Musk revealed a prototype truck in late 2017 and says the automaker is working to bring it to market in the next couple years.

Its 180 kilowatt-hour battery pack – 80% larger than the current, highest-capacity Tesla – is said to deliver 400 miles range. Four individual motors will allow for all-wheel-drive and make “close to 800 horsepower,” according to Rivian CEO R.C. Scaringe. During an L.A. news conference, he claimed, the truck can hit 60 in 3 seconds and tow up to 11,000 pounds.

Whether that would be enough to meet the demands of truck buyers – especially those who use their vehicles commercially – remains to be seen. And there are still issues with the availability of chargers, as well as charging times.

Ford will look to electrify another vehicle popular with commercial users, Farley said, the Transit van.

Ford will partner with VW on commercial vehicles as part of the first joint venture the two automakers announced last week. That could include an electrified version of the Transit. The two are also expected to share some of their battery-based technologies as part of another joint venture they are working up.