New site will build only Model 3s at launch. 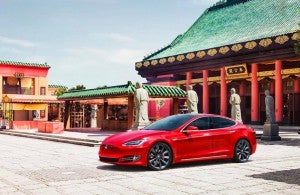 Tesla Inc. has reached an agreement with the Chinese government to build an assembly plant in China.

Tesla’s $2 billion Gigafactory in Shanghai, China, may begin construction sooner than observers expected as the EV maker is accepting bids from companies to build the plant that will theoretically build all of the batteries for the maker in China.

The company is accepting bids from construction companies wanting to build the plant, and in fact, much of the prep work is complete, according to Reuters. The new plant will be noteworthy for two reasons: it’s going to accelerate Tesla’s ability to sell vehicles in the country.

Perhaps more importantly, it will be the first wholly foreign-owned facility in China — a concession the government made to get more electric vehicles into the country.

The details, previously unreported, reveal that state-owned Shanghai Construction Group Co. Ltd. is taking part in the bidding while a unit of China Minmetals Corp. Ltd. is preparing materials for the plant’s foundations. 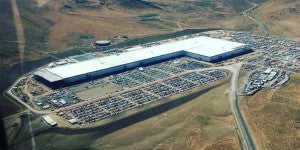 Tesla is hustling to build another Gigafactory, this one in Shanghai, China.

The plant is expected to be up and running by next summer, which isn’t fast enough for some. After visiting the site, Shanghai Mayor Ying Yong praised the efforts of all involved, then asked the construction company to “accelerate” the process.

A member of the community at Lingang near the plant’s 860,000-square meter site, which Tesla secured in October, told Reuters that ground preparation and fencing are nearly complete.

“Workers work very hard on this,” the person said. “Sometimes they work until 10 pm at night.”

After getting the go-ahead to come into the newly open Chinese market, Tesla has faced a few issues it has had to clear.

Tesla will initially build Model 3s at the new plant in China.

Until the plant is built, Tesla is importing vehicles into the country, which receive a hefty price increases due to the 40% tariff the government places on each American vehicle imported into China. The tariffs were increased in response to new and increased tariffs on Chinese goods coming into the U.S. by President Donald Trump.

While it appears the two sides are now at least talking about easing the some of the levies, nothing has changed – despite Trump’s proclamation to the counter two days ago. He and other administration officials walked that back yesterday.

(To see more about Tesla’s sales surging past Mercedes and how loss of the tax credit may hurt, Click Here.)

Additionally, there are simply more competitors than ever in the market. China is home to more than 100 electric vehicle companies, not to mention the other global automakers looking to get into what is the world’s largest EV market.