But automaker’s planned plant closings make it a hard sell. 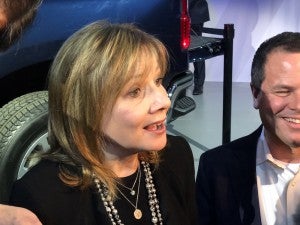 General Motors lobbyists are making a push on Capitol Hill to extend the tax credits the automaker’s customers can receive after purchasing one of its battery-electric vehicles, such as the Chevrolet Bolt EV.

The automaker is rapidly approaching the sales threshold set by Congress – 200,000 battery models – after which the incentives would be phased out. That would make vehicles like the Bolt as much as $7,500 more expensive and potentially short-circuit demand.

GM is by no means alone. Tesla has already crossed the sales threshold and will begin to have its tax credits phase out, starting January 1. They will be eliminated entirely at the end of 2019. Nissan and Ford aren’t far behind. Newer entries into the electric car field, such as Volkswagen and Hyundai, would effectively gain an edge by continuing to offer the credits.

But the Trump Administration, never a backer of green energy, might pull the plug on the entire industry, or so warned the White House’s chief economic adviser, Larry Kudlow, last week. Whether the administration actually can stop handing out the incentives is uncertain, as the tax credits were reauthorized by the tax bill Congress approved in December 2017. But there are lawmakers who agree with the administration. 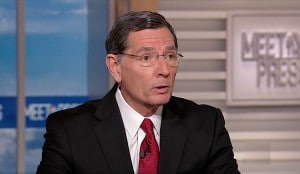 Senator John Barrasso (R-Wyoming) is unconvinced that the electric vehicle tax credits should be extended.

“The idea of the subsidies had to do with trying to make sure that electric vehicles would be a viable technology,” John Barrasso, the Wyoming Republican chairing the Senate Environment and Public Works Committee, said this week. “Well, that’s clearly there.”

There are many who would debate that assumption. Sales of all electrified vehicles, including conventional hybrids, plug-ins and pure battery-electric vehicles, or BEVs, totaled less than 4% of the overall U.S. new vehicle market in 2017. But demand has begun to grow as more and more new models, ranging from the Subaru CrossTrek plug-in hybrid to the Audi e-tron begin to roll into dealer showrooms.

Nowhere is that more apparent than in California where electrified vehicles accounted for a full 7.1% of the new vehicle market through the end of November. Plug-based models alone topped 4%, according to data tracked by Veloz, a California non-profit focused on promoting zero-emissions models. 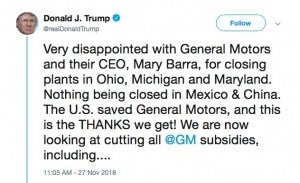 “What’s really exciting is we are moving beyond early adopters into the mass market,” Josh Boone, the executive director of Veloz, told TheDetroitBureau.com. But he also stressed that with the typical electric model costing thousands more than a comparable gas vehicle, “One of the certain, undeniable early barriers to entry is price. So, at this stage, monetary incentives are really key.”

The incentives vary according to the size of a vehicle’s battery pack, reaching a maximum of $7,500 on products like the Tesla Model 3 and the Chevrolet Bolt EV.

Once a manufacturer’s sales top 200,000 units, however, the givebacks are halved for six months, then halved again before being dropped entirely. 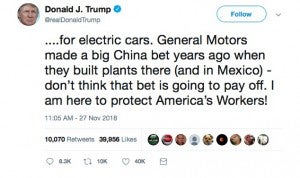 The industry has been pushing to extend the offerings, with several alternatives being discussed. These include a higher threshold as well as the possibility of shifting the way the numbers are counted. That could apply sales limits to specific brands or even to individual nameplates.

GM hasn’t offered details on what it’s discussing with lawmakers but the company does have a challenge in asking for new incentives right now. If anything, following last month’s announcement of its plan to close five plants and eliminate up to 15,000 jobs, President Donald Trump tweeted “We are now looking at cutting all @GM subsidies, including … for electric cars.”

Mary Barra, GM’s CEO, took a drubbing last week during a series of meetings on Capitol Hill called to discuss the cuts.

Some sources have suggested that GM might be willing to offer a compromise, keeping one or more of those plants open to build new battery-electric vehicles if it gets an extension to the tax credits. A high-level General Motors called that is “absolutely untrue,” however.

With the Democrats set to take control of the House in January, it appears unlikely Congress would eliminate the tax credits. But with the Senate still controlled by Republicans like Barrasso, there seems little short-term chance of having the incentives extended. And, proponents warn, as more and more automakers cross the threshold that could wind up slowing momentum for the emerging electric vehicle market.