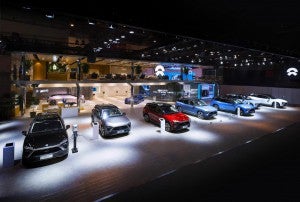 A Chinese electric vehicle start-up, Nio, which is backed by one of China’s largest technology companies, is preparing for a $1.8 billion initial public offering of its American depositary.

It represents the biggest U.S. listing by a Chinese automaker, according to reports from China.

Nio is backed by Tencent Holdings Ltd, a company with holdings the internet, technology and gaming as well as other ventures, including the emerging automotive-oriented mobility industry, has is seeking a float of up to $1.8 billion, according to its filing with the Securities and Exchange Commission. It will go public on the New York Stock Exchange under the symbol “NIO.”

Nio was founded four years ago by Chinese entrepreneur William Li during what has become a major scramble to launch electric vehicles in China, which is expected to become the largest EV market in the world. Dozens of Chinese EV makers having been looking for fresh capital for their new vehicles as well as to finance investments in areas including autonomous driving and battery technologies. 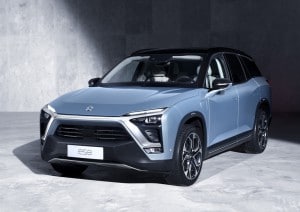 Nio is expanding its electric vehicle line-up with the ES8, aiming to take on Tesla and other EV companies.

The government of China has put in place policies and some incentives to promote the rapid development of electric vehicle. One of the goals of the effort is give China an advantage in handling would promises to become a critical transportation technology over the course of the next two decades.

Other Chinese car and electric vehicle makers that are listed in the United States include Great Wall Motor Co. Ltd, which has an over-the-counter listing, and Kandi Technologies Group.

(Click Here to see if the Flintstones and Jetsons sell America on EVs.) 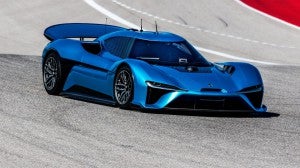 Nio's EP 9 electric sports car is considered by some to be the fastest EV after posting the top lap on the Nurburgring.

(To see more about the future of electric vehicles, Click Here.)

Nio said it delivered 481 ES8s as of the end of July and had unfulfilled reservations for another 17,000, of which 4,989 were ordered with non-refundable deposits.