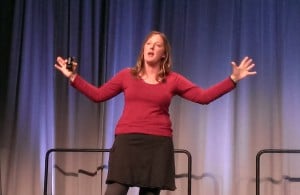 Former Waymo engineer has moved over to Apple and Project Titan.

According to Silicon Valley news site, The Information, the tech giant Waydo, who was focused on making sure software and hardware worked together in the name of safety. The question is whether or not Waymo will fight back.

Waymo sued Uber after the ride-sharing company acquired a company founded by an engineer who had left Google to launch his own start up. The $1.8 billion lawsuit was ultimately settled for less than $275 million after several bitter exchanges in federal court.

Apple seemingly had given up on its pursuit of building a self-driving vehicle. But apparently the allure and the financial potential of autonomous vehicles is proving too strong.

(Volkswagen to supply vehicles for Apple’s AV program. Click Here for the story.)

CEO Tim Cook has been coy about Apple's self-driving car program, but it's clear that its growing.

They’ll be looking to battle a full-range of companies, such as Waymo, Tesla, General Motors and now Ford, which is planning to develop an entire campus on Detroit’s around the old Michigan Central railway station that will house more 5,000 people from Ford, contractors, start-up companies and retailers.

Meanwhile, GM’s self-driving unit has attracted a huge investment – $2.25 billion – from SoftBank, one of the world’s most successful tech investor groups.

GM Chairman Mary Barra said last week that GM still planned to put an AV on the road in 2019 provided it could be done safety. Waymo also recently signed a contract to purchase 62,000 self-driving minivans to expand its self-driving fleet.

(Click Here to find out why is Apple checking out Fisker’s Emotion.)

Apple, which is famed for its hardware, has historically struggled with software, noted Fast Company. Perhaps the new hire will play a role in ensuring that when it comes to the Apple car’s system, the software and hardware actually work together. It’s one thing to have poor software design in a phone, but it’s entirely different in a car, where flaws can be fatal, the magazine noted.

Waydo, according to the press in Silicon Valley, held a critical role at Waymo where she apparently had the power to decide whether a system was road worthy and could be tested safely under real world conditions.

Apple recently took out licenses to test autonomous vehicles in every county across the state of California.