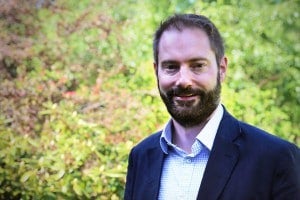 Stuart Templar, director for Sustainability, is leading Volvo's efforts to eliminate single-use plastics from its facilities and events.

In another step to secure its reputation as a green company, Volvo Cars plans to remove single-use plastics from all its offices, cafeterias and events across the globe by the end of 2019.

The company said decision reflects the company’s active support of the UN Environment Clean Seas campaign and underlines its ambition to minimize its global environmental footprint. Tons of plastic have been found in the world’s oceans and the plastic pollution is considered a significant threat to aquatic creatures.

Volvo plans replace more than 20 million single-use plastic items such as cups, food containers and cutlery with more sustainable alternatives, including biodegradable products made of paper, pulp and wood. This equates to the removal of over 500 plastic items per employee per year.

The switch will be implemented incrementally. By the end of 2018, single-use plastics will be removed from global events, such as car launches, as well as from all offices and restaurants in Volvo Cars facilities in China, Belgium, the United States, Sweden and Malaysia. 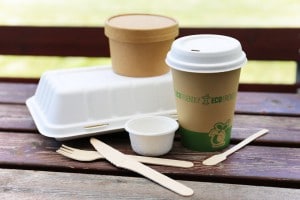 Volvo is eliminating plastics like the items above from their buildings as well as their events by 2019.

During 2019, all national sales companies will eradicate single-use plastics from their operations, including local dealers.

“Action from the private sector is key to making progress in the fight against plastic pollution and raising awareness. We cannot wait for a binding legislative agreement,” said Lisa Emelia Svensson, director of Ocean at UN Environment.

“In the next 10 to 15 years global plastic production is projected to nearly double, parts of which will end up in oceans if we do not change today. We welcome Volvo Cars saying no to single-use plastics and it’s great to see it leading by example,” she said.

Volvo Cars estimates that the 2018 roll-out alone will result in the replacement of more than 140 tons of single-use plastic items with plastic-free alternatives.

“Plastics pollution is one of the great environmental challenges of our time,” said Stuart Templar, director for Sustainability at Volvo Cars. “We take our responsibility seriously. We must play our part in helping tackle this global problem.” 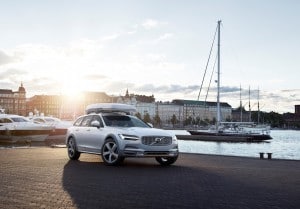 The company’s action on single-use plastics follows its 300,000-euro support for the Volvo Ocean Race’s Science Program. Several of the boats in the 2018–19 edition of the race are equipped with sensors that are capturing data on marine health from some of the remotest parts of the world’s oceans, including levels of micro plastics.

Volvo Cars is committed to reducing the environmental impact of both its products and operations. In 2017, the company announced an industry-leading commitment to electrify all new Volvo cars launched after 2019. Last month, Volvo Cars reinforced this strategy, by stating that it aims for fully electric cars to make up 50% of its global sales by 2025.

(To see more about Volvo aiming for half of sales to be EV by 2025, Click Here.)