The Chevy Bolt was one of Consumer Reports 10 best vehicles when it came out. Despite this, a new study suggests salespeople don't want to sell them.

Despite the fact that more and more consumers seem to be interested in buying electric vehicles, a new study suggests that dealers still seem to want to not sell EVs.

According to a study by Nature Energy, salespeople are reticent to sell people who specifically ask about electric vehicles an EV. The publication sent out 126 people to 82 dealerships across Denmark, Finland, Iceland, Norway and Sweden who were either deterred from buying an EV or were given incorrect information about them.

These countries are all in the top 15 electric vehicle markets in the world.

“We find that dealers were dismissive of EVs, misinformed shoppers on vehicle specifications, omitted EVs from the sales conversation and strongly oriented customers towards petrol and diesel vehicle options,” the publication noted. 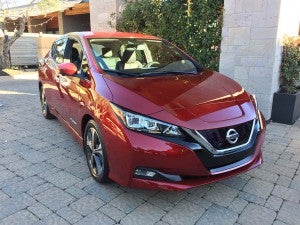 Nissan's second-generation Leaf was the company's only vehicle that enjoyed a sales increase last month.

One customer in particular, according to the report, was “gently steered away from an electric model because the salesperson wrongly insisted it would take two days to drive 350 kilometers—roughly the distance between New York City and Washington D.C.”

That equates to about 220 miles and there are several vehicles, such as the Chevrolet Bolt or Tesla Model 3, that can easily make that trek. The study follows others in recent years that range anxiety isn’t the only reason that EV sales may not be strong than they are.

In 2017, EV sales accounted for about 1% of the total U.S. market, but that’s predicted to grow to 1.5% in 2018. Those figures are expected to rise significantly in the years ahead as China’s NEV mandate continues to force automakers to build and sell more EVs.

(Click Here for more about how gas prices continue rising in the U.S.)

Additionally, many large European cities, such as Paris and London, plan to outlaw internal combustion engines inside the city limits. China made the move to NEVs to combat its several problems with air quality in large cities. 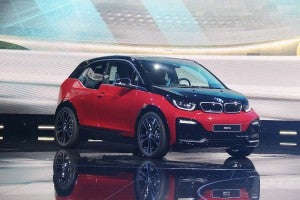 The new BMW i3 is ranked among the most fuel efficient vehicles in the U.S. this year.

The new study confirms that not much has changed when it comes to dealers and electric vehicles. A study in February by McKinsey & Co. revealed similar results in Beijing and Shanghai. This is in spite of the massive incentives available from the government to buy EVs and the aforementioned plan to eliminate gas-powered cars by 2040.

Consumer Reports conducted a study in 2014 that showed 50 out of 85 dealerships across the U.S. either discouraged secret shoppers from purchasing EVs or tried to talk them into buying a gas or diesel model instead. They also answered question incorrectly about topics ranging from incentives to warranties to charging times.

(To see more about Mercedes tooling up French plant to take on Tesla Model 3, Click Here.)

“Dealers’ technological orientation, willingness to sell and displayed knowledge of EVs were the main contributors to likely purchase intentions,” Nature Energy noted. “These findings combined with expert interviews suggest that government and industry signaling affect sales strategies and purchasing trends. Policy and business strategies that address barriers at the point of sale are needed to accelerate EV adoption.”