No timetable for new versions of BRZ and 86. 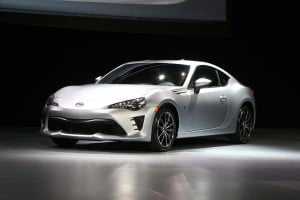 Toyota and Subaru are working on a replacement for the sports car each sells, in this case, the Toyota 86.

Toyota and Subaru have started development of a replacement for the two-seat sports car that both companies produce jointly and currently sell under different names.

The Japan Times reported the two automakers have agreed to extend their collaboration to produce replacements for the current versions of the Toyota 86 and the Subaru BRZ.

The two companies expect to launch the new models of the compact rear-wheel-drive sports car in 2021 with improved performance, according to The Japan Times, which cited sources familiar with the project.

The new sports car will be produced at Subaru’s plant in Gunma Prefecture. Toyota hopes the new model will attract new customers and raise its corporate image, the sources cited by the Times said.

The new model is likely to have an engine size of 2.4 liters and will provide a lower center of gravity for greater stability in curves, according to The Times. 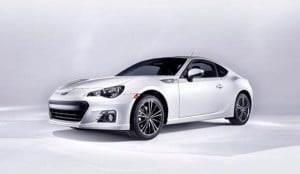 Subaru and Toyota are developing a replacement for the BRZ.

Subaru will sell a model of the newly developed car under the BRZ name that will be equipped with safety gears, including automatic brakes and could also adopt its Eye Sight driver assistance system.

The original 86, jointly planned and designed by Toyota and Subaru, was first rolled out in 2012 but has been a relatively slow seller in the U.S. where motorists have favored utility vehicles of all kinds over passenger cars. Even in Japan, consumers have favored hybrids and small crossover vehicles over the 86/BRZ.

(Click Here for more about the new Subaru Forester.)

However, the auto industry’s prosperity during the past decade have given carmakers the ability to pay for new versions of even slow selling vehicles. In addition, Japanese carmakers such as Toyota and Subaru are loath to walk away from small cars, which have been the bedrock of their success over the years.

Toyota is also expected to bring back the Supra. It recently unveiled a racing version of the long-awaited sportster concept at the Geneva Motor Show as part of the ongoing tease of its return.

Once one of the most powerful models ever offered by a Japanese automaker, the Supra has retained a cult status despite – and possibly because of – that long absence. Now, however, it will need to prove it can deliver on some lofty expectations.

Of course, it helps that the new model has a strong pedigree. In an unusual move, Toyota entered a partnership with BMW which will be offering its own version of the performance model as the next-generation Z4 roadster.