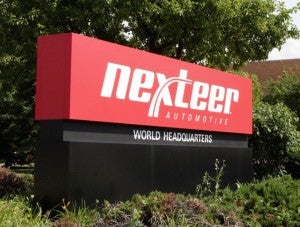 Nexteer Automotive is opening a new plant in Morocco in 2019.

Nexteer, the Chinese-owned automotive supplier organized around the steering-gear business that once belonged to General Motors, plans to open a plant in Kenitra, Morocco.

The new 18,000-square-meter factory will be the company’s first in Africa and is scheduled for a ground-breaking ceremony in late March 2018. Once the facility begins production in 2019, it will be counted as Nexteer’s 25th plant in its global manufacturing footprint.

(New vehicle sales expected to drop in February. Click Here for the story.)

At the time Li Jun, Vice President and Asia-Pacific COO of Nexteer Automotive said during the groundbreaking ceremony, “Nexteer’s new Liuzhou Plant will become another significant part of our global manufacturing network, bolstering our momentum in serving our Asia-Pacific customers.”

Nexteer will use the plant in Morocco for manufacturing Single Pinion-assist Electric Power Steering systems and plans to extend manufacturing to driveline products in the future.

(Click Here to see more about Nexteer, Continental teaming up on autonomous technology.)

“By establishing a new facility in Morocco, we are strategically aligned with our global customers’ needs. This location will also allow us to expand our geographic operations’ reach in both Africa and Europe.”

“We are appreciative of the Moroccan authorities’ cooperative approach and their plans for infrastructure development,” added Boyer, who noted that Nexteer continues to expand its global manufacturing capabilities and align itself with its customers’ targeted regions.

(To see more about Nexteer’s operations in Michigan, Click Here.)

During the North American International Auto Show in Detroit, Nexteer unveiled the expansion of its advanced steering technology, which will serve as the base from which the company plans to offers a combination of steering innovations addressing the evolving role of technology in a semi- and fully automated world.