Fiat Chrysler Said to be Exiting Diesel Business on Car Side

Plan reportedly set to be announced in June. 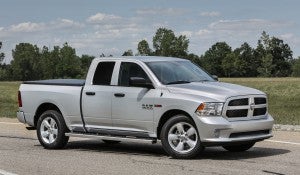 FCA appears ready phase out diesels in all but pickups and Jeeps.

Fiat Chrysler Automobiles plans to end production of diesel-powered passenger cars by 2022, according to a newly published report, though it left open the possibility the automaker will continue offering the high-mileage technology in some of its trucks.

The plan is set to be announced in June as part of the broader five-year strategy the carmaker will unveil – about the same time it is expected to outline plans to replace the soon-to-retire CEO Sergio Marchionne.

A phase-out of diesel production by FCA would not be entirely unexpected in the wake of the Volkswagen emissions cheating scandal sales of the technology has slumped in many markets, especially in Europe. And regulators in many places, including the city of Paris, are now considering diesel bans. Porsche last week announced its own plan to phase-out the technology.

Diesels have been a major part of the portfolio for most European manufacturers during the past two decades, at times accounting for as much as half of all sales on the Continent. Demand in other markets has been more modest, but was growing in the U.S. until VW confirmed in 2015 that it had rigged two key engines to illegally pass emissions tests. 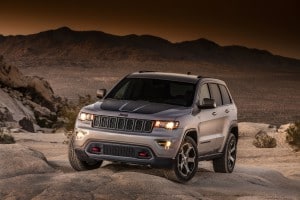 The Jeep Grand Cherokee will continue to use a diesel powerplant all well.

The automaker has since decided to stop selling any diesels in the States through the Volkswagen brand while limiting availability through the more upscale Audi.

But even in Europe, demand for “oil-burners” has been tapering off since the scandal. In Germany, diesels accounted for 33.3% of new vehicle sales in January, down from 45.1% a year earlier, according to industry figures.

Demand could drop even more sharply if bans proposed across Europe were to go into effect. A court in Germany is now considering proposed phase-outs in a number of cities, though they would largely target older models that could not meet current emissions standards.

FCA would stop offering any diesel-powered passenger vehicles by 2022, according to the Financial Times, which said the move would focus on the passenger car side of the company’s line-up. That would affect a wide array of models, nonetheless, sold through brands like Fiat and Alfa Romeo.

(Click Here for details about Porsche killing its diesels.)

The impact would be essentially nil in the U.S., however, since FCA has both slashed its passenger car line-up here and currently offers no sedans or coupes with the technology.

The report suggested that diesel production would continue on the light truck side, so it would not affect production of models like the Jeep Wrangler and Grand Cherokee SUVs, nor the Ram 1500 pickup.

While Volkswagen has all but pulled out of the American market there actually has been a slight increase in the number of models using diesel technology offered in the States. Ford, for example, introduced a version of the F-150 pickup at the North American International Auto Show last month. During the same event, General Motors confirmed a diesel option will be added with the launch of the next-generation Chevrolet Silverado pickup later this year.

Some believe FCA might also quit diesels in the U.S., as VW did, because of problems meeting emissions standards. The automaker currently is in negotiations with the U.S. Justice Department to settle government allegations that it also rigged its light truck diesels to illegally pass emissions tests.

A senior spokesman for FCA told TheDetroitBureau.com he was not familiar with what plans the automaker might announce regarding diesels at the June strategy session.