AI will make an enormous difference in future cars. 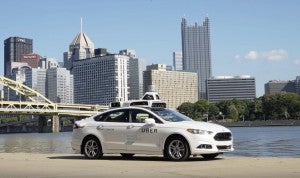 Autonomous vehicles are going to impact society as much as smart phones and the Internet, some experts say.

Autonomous vehicles will re-shape the world as decisively or even more decisively than the Internet or smart phones, one of the automotive industry’s top authorities on artificial intelligence told a panel sponsored by the Ann Arbor, Michigan-based Center for Automotive Research.

David Atkinson, head, Systems & Technology and Chief Research Scientist for Artificial Intelligence Silicon Valley Research & Development Center Continental AG, noted he spent most of his career, which stretches back into the 1980s working on variety of projects for the U.S. Department of Defense.

Atkinson said he took a job with Continental to work on the artificial intelligence applications that are critical to the development of autonomous vehicles.

“I was convinced that the autonomous car was going to happen,” noted Atkinson, who added applying artificial intelligence to the transportation network can be a positive development for society. 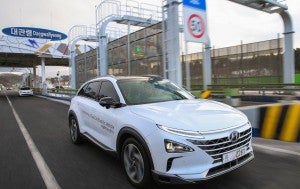 “There are a lot of opportunities for the auto industry,” with the advent of autonomous vehicles. “The social changes will be on a scale equal to or greater than those created by the internet or the smart phone,” he said.

In the years after 9/11, the U.S. Defense Department funded the so-called DARPA challenges, which also advanced the development of AI and also yielded the first robotic vehicles that could drive themselves on the equivalent of city street.

The next level of artificial technology, which can use deep learning to understand complex patterns and to make decisions, is now in the lab undergoing refinement. “In my experience it usually takes 10 years for a technology to move from the lab to commercialization,” said Atkinson.

Autonomous vehicles are now traveling along that time line, added Atkinson, who said he expected to be able to travel to Detroit Metropolitan Airport via a robotic taxi by 2025.

Others on the panel were more skeptical.

Toyota is working on a “Chauffer” system that can actually drive the vehicle. But Toyota also is working to refine a “Guardian” system that can protect motorists by alerting them or even taking over in potentially dangerous situations, Wolcott said.

TRI has developed an automated test platform with the capacity to see 360 degrees up to 200 meters around the vehicle to test the AI systems, he added.

(Is getting high leading to higher crash numbers? Click Here for more.)

Bill Mark, president of information and computing sciences at SRI International in Menlo Park, California, noted that before fully autonomous vehicles hit the road, AI could be used to monitor the health of drivers. “There are a lot of accidents that caused by heart attacks,” he noted.