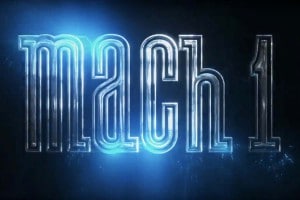 Ford is tentatively calling its first high-performance EV the Mach 1, though that could change, company officials told TheDetroitBureau.com.

Ford Motor Co. will nearly triple its investment in electrified vehicles to $11 billion, Executive Chairman Bill Ford announced Sunday night, and one of the first new all-electric models it plans to launch will be a high-performance crossover taking aim at the likes of the Tesla Roadster and the Porsche Mission E.

The Detroit automaker was one of the first to add electrified vehicles to its line-up, but it’s had little success with its initial offerings, industry analysts suggesting they didn’t offer either the range or performance that potential buyers want.

Codenamed Mach 1 – a name lifted from a classic version of the Ford Mustang – the high-performance battery electric vehicle will debut in 2020, said Jim Farley, the automaker’s president of global markets, and will offer, “a whole new world…for our customers.”

Until now, electrified vehicles have largely traded off performance for energy efficiency, but with only a few exceptions – such as the Toyota Prius hybrid – that hasn’t really clicked with buyers. On the other hand, analysts like Navigant’s Sam Abuelsamid note that Tesla has generated a strong following by delivering a mix of longer range and higher performance. Its Model S can get up to around 300 miles a charge with its largest battery pack and hit 60 in less than three seconds with its optional Ludicrous Mode. 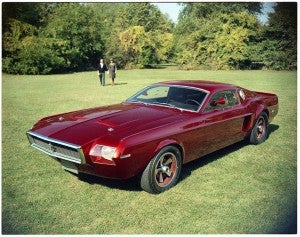 The Mach 1 name has been used on a number of classic Ford Mustangs and concept cars.

“Selling electrification on just fuel efficiency is not going to pay out when gas is going for $2.50 a gallon,” said Ford Executive Vice President Hau Thai-Tang.

Tesla and Chevrolet are now offering more affordable long-range models, and a number of high-line manufacturers, including Aston Martin, Porsche and BMW are promising to add new all-electric models that can match the performance of their traditional, gas-powered vehicles.

“But we believe in bringing technology like that into the mainstream,” Raj Nair, Ford’s President of the Americas and previously head of global product development, told TheDetroitBureau.com, following the announcement of the Mach 1.

The automaker offered few details about the vehicle, though in a video shown to journalists gathered for the opening of the North American International Auto Show, Ford did offer at least one hint. It showed both a Mustang coupe and an Explorer SUV going into a secret workshop and a single vehicle blasting out moments later, too quickly to be seen.

With the U.S. new car market moving away from sedans and other conventional passenger cars, Ford will focus on trucks, utility vehicles and specialty performance models, such as the Mustang, said Thai-Tang, who succeeded Nair at product development director last June. The Mach 1 would likely not be a passenger car, he all but confirmed.

Whatever shape, Ford’s Farley said a performance model would not only put a bigger halo around Ford’s electrification program but generate higher transaction prices. That would be a distinct plus considering that Ford, like virtually all manufacturers, loses money on every electrified vehicle it sells.

That isn’t likely to change until near the middle of the next decade, according to a new study by the Boston Consulting Group, when battery prices are expected to drop to barely half of what they go for today.

Until recently, Ford had planned to add only a handful of electrified models over the next five years, but since Jim Hackett was named CEO following a management shake-up last June the company has charged up its battery-car program. An original $4 billion investment will now grow to $11 billion by 2022 and over the course of that five-year program it now plans to launch 40 electrified models, including 16 pure battery-electric vehicles. More conventional hybrid versions of both the Ford Mustang and F-150 pickup truck are also in the works.

The second-largest U.S. automaker is by no means alone in accelerating its electrification efforts. Volkswagen now plans to launch 40 BEV models by 2025. Toyota will offer some form of battery-based powertrain for all future models, as will Volvo. And General Motors will add two additional all-electric offerings alongside its current Chevrolet Bolt by early in 2019. It intends to have 20 BEVs by 2023.

Several GM officials have told TheDetroitBureau.com that they are also working on several different high-performance vehicles that will use different forms of electrification, including conventional hybrids, plug-ins and pure electric drivetrains. The first of those may also debut before the end of the decade.