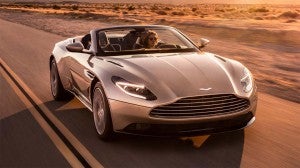 The convertible, or Volante, version of the DB11 was added to the mix last year.

Aston Martin is recalling the entire run of its newest sports coupe, the DB11, due to a defect that could cause the vehicle’s driver’s side airbag to inadvertently deploy.

The problem is not related to defective Takata airbags but rather is caused by a wiring issue in steering columns provided by Daimler AG, an ally of the British sports car company. Daimler itself has recalled over 1 million vehicles due to the defect.

Airbag problems have become a major headache for automotive manufacturers in recent years, though the majority of problems have involved faulty Takata airbags that have so far been linked to at least 21 deaths and hundreds of injuries.

(For the latest on the Takata problem, Click Here.)

According to a statement by Aston, the repairs will “address an issue with the DB11 steering column.” The issue appears to involve inadequate grounding in the component that can leave electronic circuits in the wheel, including the mechanism used to trigger the driver’s side airbag in the event of a crash, according to a statement issued by Daimler last year. 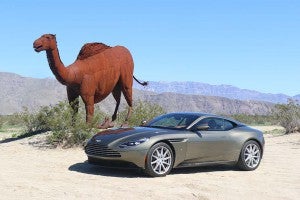 The automaker at the time reported “a handful of instances where (airbags inadvertently deployed and) drivers suffered minor abrasions or bruises” due to the defect. Aston said it has not received reports of any unintended airbag deployments involving the DB11, however.

(Click Here for more on the Aston Martin DB11.)

Daimler recalled more than 1 million vehicles to repair the problem. But it triggered the recall of about 17,500 vehicles at Infiniti, the Nissan luxury brand that also uses Daimler steering wheels in some of its vehicles. Aston now will have to repaired 3,873 of its DB11 coupes. That is the entire run for the flagship model which went into production in late 2015.

The automaker said reports will be handled by its dealers free of charge and would take less than two hours to complete.

The DB11 is one of an array of new models launched by the British carmaker as part of the most aggressive product campaign in its history. Aston is partnering with Daimler, the German automaker providing components that include not only the DB11 steering column but V-8 engines produced by Daimler’s high-performance AMG unit. 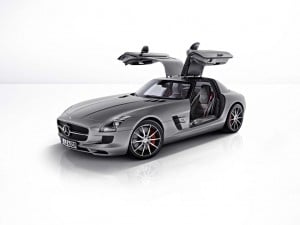 The steering column defect affected a wide range of Mercedes vehicles, including the SLS.

Airbags have become a major headache for the auto industry in recent years, with an array of recalls involving bags that inadvertently can deploy, as well as bags that fail to go off in the event of a crash. The biggest problem, however, has been with airbags produced by Japanese supplier Takata Corp. At least 21 people have been killed due to a manufacturing defect that can cause the bags to explode with excess force in the event of a crash.

That has led to the recall of more than 50 million vehicles worldwide. Due to a shortage of replacement parts, a large number of those vehicles have yet to be repaired. The latest service action is actually one in a series of recalls the National Highway Traffic Safety Administration intends to stage over several years, the government initially focusing on older vehicles considered more vulnerable to the problem.

(Click Here to check out the all-new Aston Martin Vantage.)