“The Factory” will become headquarters of its autonomous and electric drive programs. 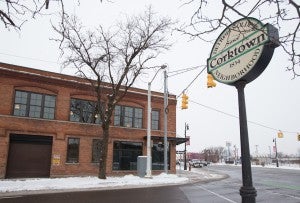 Ford is moving its autonomous vehicle and EV business and strategy teams to "The Factory" in Detroit's Historic Corktown neighborhood.

A long-abandoned building, long known as “The Factory” to residents of Detroit’s old Corktown neighborhood, is getting not only a complete makeover, but also the chance to play a role in the dramatic makeover of both the Motor City and the Ford Motor Co.

Ford is renovating the facility to become the headquarters of its aggressive push into autonomous technology and electrified vehicles. About 220 employees will move to the site, 20 minutes from its main corporate campus in the western suburb of Dearborn.

One of the advantages of the new location, which is in one of the hottest neighborhoods in a fast-reviving city, is the appeal it will have to the young programmers and other employees Ford hopes to hire, says Sherif Marakby, the director of the autonomous and electrified unit, which has been dubbed Team Edison.

It will also put the team in the same sort of densely populated area where self-driving and electrified cars are expected to become increasingly popular during the next decade, the executive added.

Ford was an early pioneer in battery-based powertrain technology and is now ramping up that program, with its first long-range model due to market by the end of the decade. It is making an even more aggressive push into autonomous technologies and has announced plans to produce its first completely driverless vehicle by 2021. It initially intends to target ride-sharing services and fleet buyers.

(Ford denies reports it plans to move next-gen Fusion to China. Click Here for the story.)

The second-largest U.S. automaker has already set up a base of operations in Silicon Valley with a major research and development center not far from the offices of Waymo, the Google spinoff widely seen as one of the leaders in hands-free driving technology. But Ford wants to keep the main base of operations closer to home.

The Factory will primarily serve as the business center for autonomous and electrified vehicle development, though there will be plenty of R&D work based in Detroit, as well.

Early on, automakers and new entrants like Waymo have focused on warmer, drier climates like Silicon Valley and Phoenix because it is easier to test autonomous vehicles on well-marked roads in good weather. But as the technology comes closer to production-ready, engineers are now shifting their efforts to the less friendly environments self-driving cars also will have to navigate.

(GM wants to get a leg up on Ford, launch first driverless ride-sharing vehicles by 2019. Click Here for the latest.)

Waymo, for example, plans to run extensive tests of its hands-free prototypes in Michigan during the coming winter out of a new research base in suburban Detroit. And, just this week, the new American Center for Mobility opened in Ypsilanti, about 30 minutes from The Factory. Ford is one of the main sponsors of the sprawling facility, which was built on the site of the old World War II B-24 bomber plant.

The name, Team Edison, is meant to honor the American inventor who was a close friend of Ford founder Henry Ford. Edison also worked with Ford to try to develop a battery that could rival gasoline as an automotive power source. It has taken a century to come up with batteries that now have a chance of meeting that goal.

The 45,000-square-foot Factory is one of hundreds of old stores, warehouses and manufacturing facilities being renovated in Detroit neighborhoods, many of them after being abandoned for decades. A number of other automakers and auto suppliers have begun setting up operations in the city after having long before run to the suburbs. That includes parts makers like Lear Corp., one of the world’s largest seating suppliers.

(To get details on Ford’s three-year deal with Alibaba, Click Here.)

But Detroit Mayor Michael Duggan, who attended a ceremony at The Factory on Thursday night, told TheDetroitBureau.com that his goal for the city is to attract not just automotive investment, “but financial services, high-tech and others who can diversify our economic base” and ensure that the Motor City is no longer dependent upon the ups-and-downs of a single industry.