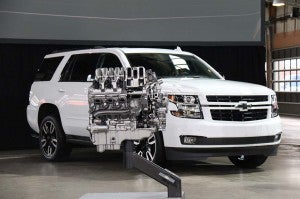 The popularity of big vehicles like 2018 Chevrolet Tahoe RST and its optional 420-hp 6.2-liter V-8 will worsen the national fuel economy average.

The average fuel economy of vehicles sold in the United States continued to slide in October, according to the monthly report compiled by the University of Michigan Transportation Research Institute.

Even this rise of gasoline prices from the major hurricanes that hit Texas, Louisiana and Puerto Rico and also closed oil refineries and halted oil drilling across the Gulf of Mexico has yet to have any impact as the American shift to trucks and utility vehicles continues to dominate the industry’s sales trends.

The average fuel economy or window-sticker value of new vehicles sold in the U.S. in October was 25.2 miles per gallon, which was down 0.1 mpg from September, UMTRI researchers Michael Sivak and Brandon Schoettle reported.

The value for October is up 5.1 mpg since October 2007, which was when UMTRI launched its monthly review of fuel economy.

(Demand driving up gas prices across the U.S. For the story, Click Here.) 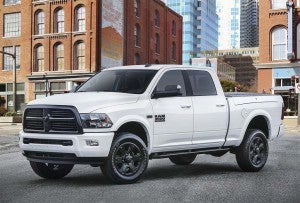 Average fuel economy down 0.3 mpg from the peak of 25.5 mpg reached in August 2014, which was two months after the price of a barrel of oil on world at around $114 per barrel on global and then dropped dramatically.

The University of Michigan Eco-Driving Index (EDI)—an index which estimates the average monthly emissions of greenhouse gases generated by an individual U.S. driver—worsened to 0.82 in August 2017, up from 0.81 in July 2017 (the lower the value, the better).

The EDI indicates that the average new-vehicle driver produced 18% lower emissions in August 2017 than in October 2007, but 4% higher emissions than the record low reached in November 2013.

The EDI takes into account both vehicle fuel economy and distance driven, the latter relying on data that are published with a two-month lag and the number of miles driven has climbed this year, according to AAA.

One change that hasn’t been fully factored into the fuel-economy equation is the hike of a gasoline taxes in California, starting Nov. 1.

(To see more about why half the vehicles on U.S. roads will be electrified by 2030, Click Here.)

California’s gas tax, meanwhile, increased from 40 cents to 52 cents. It is still too early to say whether the hike will have an impact on California drivers, who also have some of the nation’s longest commutes. California is also the nation’s largest market for new vehicles and at least part of the reason for the hike, besides fixing the state’s well-worn roads, was to stimulate sales electric vehicles.