Cruise Automation introduced its third-gen automated vehicle. The new vehicles will be part of its San Francisco-based test fleet.

Kyle Vogt, Cruise Automation CEO, described the third-generation vehicle as “the world’s first mass-producible car designed to operate without a driver. This isn’t just a concept design, it’s assembled in a high-volume assembly plant in Orion Township, Michigan, out of Detroit capable of producing 100,000’s of vehicles per year,” he said.

Since Cruise is a fully owned subsidiary of GM, the company has avoided the pitfalls of politics, competitive fears, liability concerns, data ownership, asset financing, long-term alignment, and a host of other issues that plague other relationships and partnership models. This has allowed Cruise to focus on vehicle development. 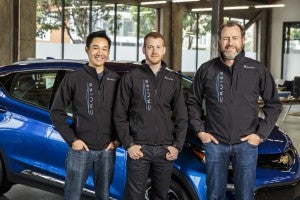 The race to bring the first fully autonomous vehicle to market is heating up. GM spent $1 billion to acquire Cruise Automation as part of their effort.

Car makers in Asia, Europe and North America are moving forward aggressively to develop self-driving vehicles but the road ahead for autonomous vehicles remains uncertain. The competition also has attracted hundreds of start-up companies from Silicon Valley and China where development of artificial intelligence has emerged a key economic goal.

Vogt said in a video posted on the Internet that a self-driving business that depends on humans sitting behind the wheel is fundamentally unsustainable.

“Electric self-driving cars will save millions of lives and significantly accelerate the world’s transition to sustainable energy, but only when they’re deployed in large numbers. So, naturally, our singular focus at Cruise is to rapidly deploy self-driving cars at scale. Then we’ll drive down their cost and improve their capabilities, so we can deploy at an even larger scale,” he said.

This isn’t just a concept design — it has airbags, crumple zones, and comfortable seats. It’s assembled in a high-volume assembly plant capable of producing hundreds of thousands of vehicles per year, and Cruise wants to keep busy.

“The car we’re unveiling is actually our third-generation self-driving car, but it’s the first that meets the redundancy and safety requirements we believe are necessary to operate without a driver. There’s no other car like this in existence,” said Vogt, adding the cars will soon become part of the Cruise Automation test fleet in San Francisco.

“In the near future, you’ll see these cars on the road, and they’ll look like regular cars, but they’re actually some of the most technically advanced robots on the planet,” he added.

“They don’t need drivers, and there might not be anyone inside at all. They’ve been designed to emulate human driving behavior but with the human mistakes omitted,” Vogt said.

“They don’t drink and drive, they don’t text while driving, and they don’t get tired. It has taken the collective effort of over two thousand people to create this product, and we believe that together we’ve managed to create something that will one day drive significantly better than any individual.”

Unlike the previous generations, which were similar to Chevrolet Bolt EV design, the vehicles we’re unveiling today have almost completely new and fault-tolerant electrical, communication, and actuation systems that are unique to a driverless vehicle.

“All of these new systems are important, because a driverless vehicle can’t rely on a human as a backup system. If something on a vehicle fails while there is an attentive human in the driver’s seat, they can yank the wheel or stomp on the brake pedal to avoid an incident. This isn’t the case for a car with no driver, so we built backup systems,” he said.