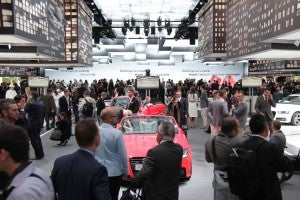 Despite strong attendance at the Frankfurt Motor Show, some automakers are electing to skip the show next month.

Automakers are still looking for ways to get the most bang for their buck. Between new partnerships with suppliers and each other to share costs, saving money is still on the agenda despite relatively healthy sales.

Alfa Romeo, Fiat, Jeep, Peugeot, Citroen, DS, Nissan, Infiniti, Mitsubishi and Volvo declined to attend. Volvo’s absence was expected as it announced a while back it wouldn’t be attending shows anymore. However, there are some surprises on the list.

Nissan could have used the stage at one of the world’s largest auto shows to roll out its new and improved Leaf EV at the tech oriented show. The complete absence of Fiat Chrysler’s brands, especially Jeep and Alfa Romeo, is tough to see.

(China’s Chery set for big introduction in Frankfurt. For the story, Click Here.) 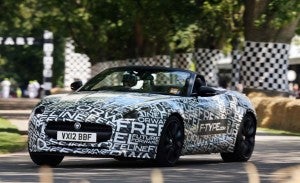 FCA was looking to grow its Jeep brand in Europe — it builds the Jeep Renegade in Melfi, Italy — and the exposure from the show would help that growth. Alfa Romeo’s Giulia is gaining ground and a bump from Frankfurt couldn’t hurt.

Much like in the U.S., automakers are turning to more focused events where their products can shine either alone or with limited competition, according to Automotive News Europe. The Concours d’Elegance at Pebble Beach is a prime example as BMW and other makers are planning to show off several new models.

(Click Here for more about BMW debuting its Z4 and M8 at the Pebble Beach Concours.)

In Europe, the Goodwood Festival of Speed routinely sees Volkswagen and others courting the attention of enthusiasts in an environment that is more relaxed while still covered by the automotive press. And it’s much cheaper that floor space in the hall in Frankfurt in addition to all of the ancillary events that accompany auto show attendance.

“The challenge is that you’ve got so many manufacturers with so many messages, it’s a violation of the communication rule No. 1, which is: be single-minded,” Roelant de Waard, head of sales and marketing at Ford of Europe, told Automotive News Europe.

(To see more about Hyundai’s plans for 31 new eco-friendly vehicles by 2020, Click Here.)

The good news is that there are still plenty of companies, such as BMW, Mercedes-Benz, as well as Volkswagen Group are planning major new car introductions next month in Germany.