New Car Sales Have Peaked in US, Analyst Says 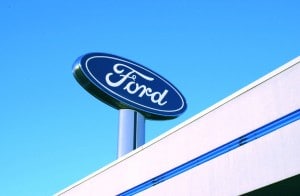 New vehicle sales in the U.S. have clearly peaked and are unlikely to exceed the 17.5 million-unit level posted in 2016 in the next decade, according to Xavier Mosquet, senior partner in the Boston Consulting Group’s Detroit office.

“We’ve hit peak auto (sales),” said Mosquet, who notes that BCG has revised its forecast for 2017 and expects sales to settle in at 16.8 million units, which is at the low-end of the predicted range of current sales forecasts for the industry.

“The U.S. market for vehicles has peaked, at least for the foreseeable future,” the group noted in a new report prepared for MEMA, the organization representing automotive suppliers in the original equipment and aftermarket.

The forecast was included in a larger BCG study that reviewed the impact of potential changes to the North American Free Trade Agreement or a “border tax” might have on the auto industry.

The fact that auto sales have already peaked in the U.S. and are likely to remain below the peak figure will make it difficult for automakers and suppliers to move plants back to the U.S. even with a 15% border tax or tariff under revised NAFTA, Mosquet said.

(Click Here for the details about the opening of NAFTA renegotiations.)

“If the support for a border tax and withdrawing from NAFTA is intended to create conditions that encourage the expansion of U.S. automotive factories and reshoring from other countries, macro trends in the global auto industry work against that outcome,” according to the report.

Beyond the unfavorable market conditions for plant expansion in the US, there would be limited business rationale for reshoring Mexican production of auto parts back to the US if a border tax were imposed.

Calculating production cost changes for two automobile interior components, BCG found that a part costing $15.30 per unit to assemble in Mexico would cost $2 more to make in the U.S., including the savings from avoiding the 15% BAT. “The increase would chiefly be due to higher labor costs (in the U.S.).”