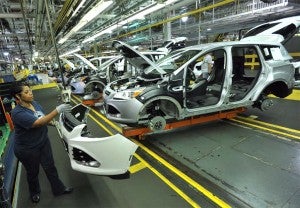 Ford is increasing production of its hot-selling Ford Escape and Lincoln MKC by cutting shutdown down to one week this summer.

Ford Motor Co. plans to add a week of production at a plant in Louisville, Kentucky, that makes the Ford Escape and Lincoln MKC by shortening the planned summer vacation.

Ford’s North American plants normally have a two-week shutdown in July, but the Louisville Assembly Plant will take only one week, Ford officials said, clearing the way for the automaker to build more than 8,500 vehicles to meet consumer demand.

The production change is relatively modest, but it reflects the desire of the new management team led by Jim Hackett to show that it is paying closer attention to the company’s core business in North America.

“The record sales for Ford Escape through May are being driven by strong demand from our retail customers,” said Raj Nair, Ford’s executive vice president and president – North America. “This is our strongest ever retail start for Escape, with retail sales up more than 6% versus this time last year.” 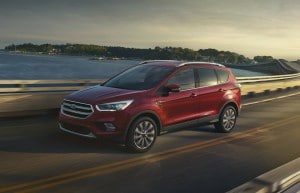 Ford Escape and Lincoln MKC sales are off to their best start in company history during the first five months of the year.

Ford Escape sales are up 3% overall versus the same time period last year, which also the best-ever start to the year for Escape, added Nair. Lincoln MKC sales in the first five months of the year are up approximately 10% on a year-over-year basis.

The boost in sales for the Escape and MKC are part of the broader trend across the industry, which has left manufacturers scrambling to add capacity to build additional crossover utility vehicles, which have become very popular with customers of all ages.

(Click Here for the details about Mark Fields’ departure from Ford.)

Ford’s passenger cars sales, one the other hand, have dropped this year, reflecting the shift.

(To see why crossover sales may be hitting their peak, Click Here.)

However, some of Ford’s component plants will take a one-week summer shutdown, including Van Dyke Transmission, Sterling Axle, Rawsonville components plant Michigan Assembly Stamping and Woodhaven Stamping all of which are located in Southeast Michigan, Chicago Stamping and Chihuahua Engine in Mexico. The plants will close the week of July 4 for building maintenance and machine retooling.